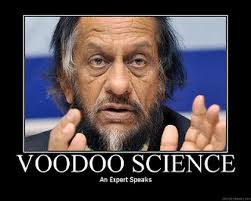 Pierre Gosselin of NoTricksZone writes of Dr Wolfgang Thune and his opinion of the Potsdam Institute. It's "pure voodoo-magic spreading fear among the public and reaching big time into the pockets of taxpayers." (Back up LINK)


As the science of the warmists gets exposed as woefully inadequate, slipshod and flawed, all they can do now is give each other awards in pompous ceremonies in an effort to generate a (fake) sense of achievement and contribution. They’ve been reduced to a pretend world.

One example is the Technical University of Berlin recently awarding Prof. Hans Joachim Schellnhuber an honorary doctorate. Schellnhuber is Director of the infamously über-alarmist Potsdam Institute for Climate Impact Research (PIK) and is chairman of the WBGU Advisory Council.

Thüne says that the Posdam Institute should be shut down.


"That would be a small but effective step in preventing the national debt from getting out of control."

Dr. Wolfgang Thüne is a certified meteorologist, who for years was a meteorology expert for ZDF television, and has written about the falsifiications and fraud surrounding the UN IPCC. He is the author of numerous books. His latest work is: “Prophets in the Struggle for the Climate Throne. How primal fear is used in the struggle for money and power.”


During the UN's Rio+20 summit last week, the walls of the conference center were festooned with disturbing images, many painted by children under the rubric, “children teaching their parents.”

In one painting, a child painted the sun, dressed as a doctor taking the temperature of the earth. The diagnosis? "I'm sure you have humans!"

Our children are being taught by fraudulent scientists and extremists that people are a plague!

These extremists who are teaching our children are so entirely detached from any form of rationality or reality that they no longer understand how malevolent, unpleasant, anti-Democratic, anti-Western and how downright unfair their policies are to the people and the other creatures on this planet.

They have lost the plot and all of humanity is about to pay the price.

But speaking out at these conferences has become increasingly difficult. This was the first time at any UN conference that I’ve attended with CFACT, that the negotiating text was hidden from non-negotiating delegates such as myself until after the negotiations were complete.

We only saw the final draft after the document was ratified!

But CFACT had secured a copy of the draft before the conference started so we knew exactly what they were trying to hide from us.

I need to tell you: we are seeing a hungry power grab by the world's governing class against the ordinary people of the world. And of course the poor get hurt the worst.

South Africa produces 60 percent of the energy on the entire continent of Africa and farmers in Uganda are paraded from their property at gunpoint so their land can be turned into a fictitious carbon sink. We need to understand this threat to our way of life and democracy.

If we properly value our freedom, we should be more than concerned at what they're about to do.

I believe the time has come to instruct the UN to return to first principles. It was not created to hand control over our lives to the Left. The many UN bureaucrats actively employed to throttle the free world's hard won freedom and prosperity -- living off the taxpayers -- must be kicked out and told to get a proper job.


Will you join me?

My team at CFACT and I are analyzing the draft and the entire situation and we’re about to announce exactly what the unelected bureaucrats and fraudulent scientists in the UN are doing behind closed doors if I have your urgent financial help right now.

The UN framework, run by tinpot dictators, is designed to close down the West through global governance on a local level. That means the absurd so-called environmental laws that cannot be passed on national levels will now be forced upon us through city and county governments. We risk the loss of the property and livelihoods that advance our society from right under our noses.

That’s why we must fight and fight and fight again to save the rationality and reason, the cheerful constructive chaos of the free market, and the prosperity of the West which we have until now been fortunate enough to take for granted.

UPDATE:  (This blog was hacked into and an update similar to the new one below was erased!)

I have twice emailed the Executive Director of CFACT - Craig Rucker, so far without reply,  to try to find out whether the comment below really came  from CFACT.  It says:


This story is a corruption of the original message, apparently in a feeble attempt to blacken the reputation of CFACT and Lord Monckton ....


For those of you who wish to read the REAL CFACT preliminary report, see it at the official CFACT Website.....

The words in the article above came from an email ostensibly coming from Lord Monckton.

The email was headed with the CFACT logo: 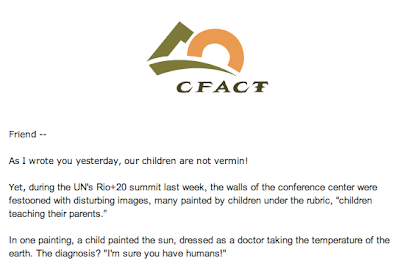 this page also links the post - "children are not vermin" which also contains the "offending" phrase.

Link in the shaded block above is

The two press releases from Lord Monckton - "more than concerned" and "children are not vermin" which both include the "offending" phrase, as well as a press release from CFACT executive director Craig Rucker "Their Hate - our  reply" are listed on the CFACT page  News and Updates. 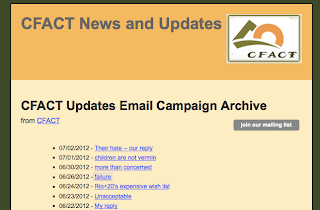 Something doesn't add up? Are all the above including the main post not genuine? Or is the threatening comment from "CFACT" not genuine?

“There will be no carbon tax under the government I lead.”

This was the solemn pledge made by Prime Minister Gillard just days before the last election.

It was with this pledge that she was voted into office.

It was with this pledge that she raised her right hand and said : “I do swear that I will well and truly serve the Commonwealth of Australia, her land and her people in the office of Prime Minister”

It was this pledge that she broke.

The carbon dioxide tax is:
For more - read HERE.

We should also remember that NCTCS is the only party that is against the hoax of the falsified hypothesis that man made CO2 emissions are/will cause runaway global warming. We must fight the lies.

The time is ripe to try to persuade the Opposition to not only say it will abandon the tax but also should abandon its policy on renewables.