AGW, Hollywood and Frankenstein
by Anthony Cox
Also Published by On Line Opinion
Hollywood films have always been pro-man made global warming [AGW], even before it became a cause célèbre and even if this has not always been made clear. The reason for this lack of clarity is that this position has been wrapped up in other themes such as the soul-destroying quality of modern society [Charlie Chaplin’s Modern Times, Fritz Lang’s Metropolis], to more recently the reckless culpability of big business, particularly the fossil fuel and nuclear industry companies [Silkwood, China Syndrome, Syriana, Erin Brockovitch, Atavar], and the general purity of the natural lifestyle [Gorillas in the Mist, The Emerald Forest].

Of course man’s meddling in nature always has dire consequences including but not limited to the end of the world [The Day After Tomorrow], being eaten by dinosaurs [Jurassic Park] and even being reprimanded by aliens [The Day the Earth stood still, parts 1 and 11].

The connection between meddling and dire consequence began in style with James Whale’s Frankenstein. But really the odds were always stacked in favour of the bad result. After all, if you were making the perfect human and usurping God/ nature’s handiwork would you make your alternative look like Boris Karloff?

And to pile on the insult make the wife of the new man look like Elsa Lanchester with a skunk’s pelt for hair?

The only aesthetically pleasing monster in the Frankenstein genre has been Warhol’s, and that is hardly noticeable in the visceral grotesqueries of the proceedings.

All that can be said is that the filmic versions of Frankenstein have visually conformed to Mary Shelley’s theme that man cannot be perfected and any attempt to do so is a retrograde shift from even the natural version.

The only exception is Ridley Scott’s earlier dalliance with the Frankenstein lesson, the phantasmogorical Blade Runner. In this the photogenic monsters include Rutger Hauer, Sean Young and Darryl Hannah. The only problem is their life span is four years. So, the dilemma for Mr Hauer and his damsels in distress face is that even if you are made a God it is only for the time a moth enjoys. No wonder they were seriously angry. And, as usual, they wreaked havoc on their misguided creators.

So, to the latest instalment of the Hollywood tradition of supporting AGW; Ridley Scott’s second attempt at Frankenstein, Prometheus. This time however, it is not so much Frankenstein as Frankenstein by proxy; the arrogant usurpers of nature/God are humanity’s progenitors. And this time the theme of AGW is clearly enunciated. The characters are bluntly told not to be sceptics by the heroine, Noomi Rapace, of fame from The Girl with the Dragon Tattoo.

In Prometheus Ms Rapace has obviously undergone her own apotheosis, having gained what looks to be about 10 kilos of muscle since her previous films along with impressive abs. More importantly, in respect of the Frankenstein theme she is a woman of faith who knows not to trifle with the natural order of things.

The fact that Ms Rapace was initially mesmerised by the creators of humanity is only a glitch as the movie progresses, and, as all religious tests unfold, merely a means by which some impressive hardware is destroyed and sundry acrobatic feats performed as the Rapace character has her faith confirmed. In fact the Rapace character is the personification of the blend of scientific nouse and capacity for faith which is required to deal with profound existential realities such as gigantic, alien relatives, or AGW.

Despite Rapace’s epiphany the movie is a muddled affair. The progenitors, after a highly spiritual beginning involving an act of sacrifice set in magnificent natural surrounds, are revealed to be no more than über, weapon dealing fascists.

That the progenitors are 3 meters tall, built like Arnold Schwarzenegger on steroids, can tear the heads off indestructible androids and have space faring technology rather begs the question as to why they would need new biological weapons in the first place. Perhaps they are masochistic. Certainly they are just as destructive as humans in respect of spilling CO2 over the place. Much is made at the beginning of the film about levels of CO2 with unfavourable comparisons between Earth and the progenitor’s planet. Concerned utterances are made about 3% levels of CO2, with not one of the high powered group of scientists apparently aware that the air they are exhaling contains 4-6% of the lethal gas.

In any event the evil alien Frankenstein’s, who have identical DNA to the intrepid but conniving humans [perhaps that is why they want to murder humanity, they have spawned stunted inferior copies of themselves], are dispatched in the traditional way by their creations; only this time it is humanity who are the destructive creations. Ironic, eh?

The heroine, who in the meantime has performed her own caesarean, is left to prosecute her holy crusade against the rest of the Frankensteins. She flies away in one impressive spaceship with nary a solar panel in sight. The lesson has been learnt and reinforced; don’t mess with nature. 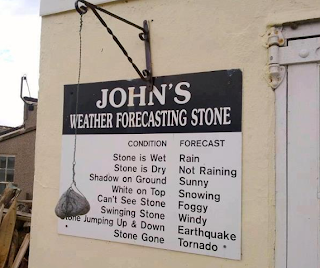