The Carbon Tax - based on a scam and deliberate lie. 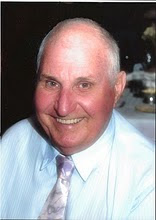 As most people are aware the Carbon Tax will commence from the beginning of July.

Without doubt this is most detested and unfair tax of any other tax before it.

We must have taxes of many forms to run our country and infrastructures, and we all accept our taxes as an ‘evil’ necessity, but the Carbon Tax is not there for that reason.

Before explaining, let’s look at the ‘reason’ the Labor government gives for imposing such a tax.

They say that if they impose a tax of $23.00 per ton of carbon dioxide  emitted, that it will force up the cost of electricity and make people reduce their consumption of electrical power.

This applies to Industry, commerce and domestic consumption of electricity. Forcing people to use less power and thus reduce the output from the thermal coal fired power stations, which in turn would use less coal and thus create less carbon dioxide.!!!

Also industry and commerce theoretically will reduce production because of the cost to them of the carbon tax, with the supposedly  same result.

Obviously the  idea came from the Greens who live in a make believe world, like middle earth, with the words ‘common sense and logic’ totally alien to them.

The facts are it will force the cost of everything up by as much as 20% from the flow on of various price increases in various industries.

But there will be NO reduction in power consumption, because electricity is essential to our homes, our jobs, our manufacturers, our industries.

Industry and manufacturers are not going to reduce production just because the cost of power has gone up 15% or more. That cost obviously will be passed on to you the consumer, who will pay the ultimate price.

Since 1993 power consumption has grown at approximately 4% per year without the slight influence from solar panels, wind generators or other ‘renewable’ energy sources.
Thermal power generation growth has increased 98% in that period and will continue to grow to meet the demands of our growing economy and industrial demands whether the carbon tax is there or not.

The carbon tax will achieve absolutely nothing except to put our money in the pockets of the Labor government who will then proceed to pass seven thousand million (seven billion) dollars a year on to the United Nation for them to give away to ‘third world’ countries as they wish.

Your money that could have been spent on roads, health, hospitals and many other urgently needed infrastructures. At the same time the deaths on our roads will continue to increase because the desperate need for money to repair them is being pirated away by this insane government.

Every one of them is a miserable failure and the carbon tax is an obvious raping of our economy.

The hot rocks programme collapsed, literally, and has been shut down.

The roofing insulation programme was an unbelievable waste and a massive disaster with billions of dollars wasted.

The clean coal technology programme is another complete failure with many billions of dollars of Queenslanders money wasted and the company operating it going bankrupt.

With billions of dollars spent, the solar farms and wind generators have generated (not so called capacity) less than 1.5% of our total power.

Excluding Hydro power at 4.6%, which has been in operation fully since 1974.

Not only has our carbon dioxide emissions in Australia NOT reduced, nor will it, but also after some thirty five years the carbon dioxide in the atmosphere has NOT fallen one gram.

Let me ask you six questions (and please no cheating) if you don’t know just write what you think it is.

After looking at these figures it is very clear what a scam and deliberate lie man made climate change and the carbon tax is. But the alarmists, the Greens, the U.N. and others have made billions of dollars by deceiving the world with their lies.

Carbon Dioxide itself is a harmless gas that we breathe in at 400 ppm and out at 1000 parts per million and is essential to all forms of plant growth.
Its ability to absorb or deflect heat is little different to many other gases.
It is now proven that carbon dioxide increases lag behind global temperature increases by 800 years.

In 2012 the Kyoto treaty is due for resigning but not one of the major countries will be signing it.  The U.K. stated clearly they can no longer afford to waste money on “renewable energy’ which is proving to be a total failure. The USA, Brazil, South Africa, China, India, France, Russia, and many other countries have turned their backs on the so called Man made climate change. All saying they can no longer afford to waste any more of their economies (some that are in recession, like the U.K.) on the renewable energy ideology.
Not only has it severely damaged their economies but has also left many, desperately short of electrical power. Ironically, they were being rescued by those countries that retained and expanded their thermal and nuclear energy programmes.

The only success out of all these programmes is the home solar panel installations, if  they are installed at the right price. They have absolutely no effect on national power demand being a teaspoon in a two hundred litre drum but have helped reduced many domestic power bills.

The power of the future; Both the USA and Australia have enough coal at present usage and sales to last for the next 380 years. That is not counting coal deposits yet to be located, so we will be using thermal coal and gas power for a long time yet.
The power of the future most likely will be the new LFTR fourth generation nuclear power plants.
The  Liquid Fluoride Thorium Reactors that are non radio active and will consume all their fuel with no by products and are able to consume the  by products from older radio active plutonium reactors.

Solar farms and Wind generators will never play a major role in power generation as their output is far to low and unreliable and is expensive to install and operate for the  power generated.
Also on a smaller capacity scale both tidal and wave action power generation holds promise for the future but would never have a major input.

Australia belongs to all true Australians and as such anything above or below the ground belongs to us too. As such, any mining of coal, iron ore, gas, oil, timber, etc. should pay a royalty that is fair and reasonable to both sides. That way we all share the wealth.
But the Carbon Tax punishes and robs the wrong people to satisfy the greed of a government that will do anything to get money to satisfy their needs and their Green cohorts in crime.

It would be wonderful to have cheap power available to us all, but apart from home solar panels (after they have paid for themselves) it is not possible.

Terry worked in power stations for 25 years, rising from an apprentice and fitter to power plant operator. He says the hysteria about harmful emissions from burning coal stems from the spreading of misinformation and he wants to set the record straight. For a previous post by Terry, go to LINK
Terry's websites      www.secondtonone.com.au
http://terrycardwellsblog.blogspot.com/

The Canadian researchers, Moazami-Goudarzi and Colman,  found in a study of two green marine algae that there were no significant differences in growth rates over a range of  reduced pH values. From Journal of Experimental Marine Biology and Ecology - (LINK)


Background
From pre-industrial times to the present, the atmosphere's CO2 concentration has risen well in excess of 100 ppm, leading to a drop of 0.1 pH unit in earth's seawater, while anticipated CO2 increases to the end of the current century are suggestive of a further drop of 0.3-0.5 pH unit, according to Caldeira and Wickett (2003, 2005). So what do these projections portend for the productivity of the world's marine algae?

What it means
With Moazami-Goudarzi and Colman determining that S. minor and S. cylindricus "were able to tolerate a broad range of pH from pH 5.0 to 9.5," as well as the broad range of salinities they investigated, it would appear that even the worst nightmare of the world's climate alarmists would not be a great impediment to the continued wellbeing of these two green marine algae, even without the positive influence of evolutionary forces that would likely come into play over the timespan involved in the seawater transformations envisioned by Caldeira and Wickett. 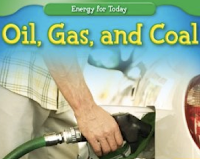 See also previous post They Came, They Talked, They Failed.

The Nation Review's blog has an opinion piece on a similar theme, Oil, Gas and coal provide energy that works, energy that lifts people out of poverty:-


The expensive U.N. gabfest and attempted power grab known as Rio+20 finally collapsed. Two days before Rio+20 ended in disarray, CFACT held a press conference to explain why failure was the best, the only, the most decent option for rich and poor countries alike.

“Failure in Rio would be good for the world’s poor,” ClimateDepot.com director Marc Morano said. “Failure is the only option if you truly care about the environment or poor people. Carbon-based energy has been one of the greatest liberators of mankind in the history of the planet.”

“Real sustainability is oil, gas, and coal,” Morano added. “It is energy that works, energy that lifts people out of poverty.”