Rio+20: They came, they talked, they failed. 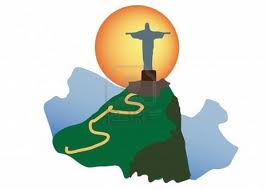 At Rio+20, the push for world governance has had another failure.

According to Barbara Stocking, chief executive of Oxfam (from USNews):


"Rio will go down as the hoax summit. They came, they talked, but they failed to act,"

And the Sydney Morning Herald:


The meeting was never intended to reach a binding agreement, but the deal it did reach was so watered down that many activists and some ministers were openly questioning whether it was worth the massive effort of bringing 45,381 participants and almost 100 world leaders to Brazil.
The agreement committed to develop the new sustainable development goals for both developed and developing countries, but did not specify what themes they should cover.

For all the blustering about how they are doing all this for the developing world, the African Farmers are not convinced.


FANRPAN(Food, Agriculture and Natural Resources Policy Analysis Network) chair Sindiso Ngwenya of Zambia gave an incisive presentation, pointing out that agriculture is the key to reducing poverty and ensuring food security in Africa. “We call upon the world to assist us,” he said, “not by treating us as beggars, but by treating us as equals.”
Ngwenya criticised many First World attempts to use climate change, biodiversity and sustainable development arguments to prevent African agriculture from advancing. “If you are using implements that were there before Christ, how much chance do you have?” he wanted to know.