The Long and Costly War on Carbon 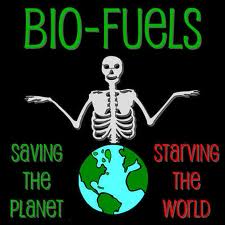 
A print-ready copy of this issue of "Carbon Sense" can be downloaded from:
http://carbon-sense.com/wp-content/uploads/2012/06/war-on-carbon.pdf


The Australian government claims that next month's tax on carbon dioxide cannot be blamed for today's soaring costs of living.

This tax, however, is just their latest assault in the decades-long war on carbon that is already inflating the cost of everything.

For at least a decade, power companies have been obliged to source 10-15% of their power at inflated prices from costly and unreliable sources like wind and solar. And for every wind or solar plant built, a duplicate backup gas facility is needed, increasing the demand and price for backup gas, hitting other gas consumers. Moreover, the threat of more carbon taxes has deterred the construction of efficient new coal-burning power plants. Rising electricity costs feed into the cost of everything from public transport to building materials.

The climatists are also responsible for numerous policies pushing up the price of food. These include the ethanol/biofuel madness, the restrictions on the fishing industry, the Kyoto scrub clearing bans, the spread of carbon-credit forests over farming and grazing land, the never ending war on irrigators, and the virtual ban on building new water-supply dams.

Then we have all the hidden costs of the climate industry. Thousands of our smartest graduates are lured into well-paid dead-end desk jobs in the overheads industry devoted to climate red tape, while real entrepreneurs are unable to find workers to develop our continent of under-utilised resources. There is an overpaid bureaucracy devoted to climate "research", alternate energy, international junkets, Kyoto give-aways, and administration, auditing, enforcement, accounting, law and propaganda for their empire of climate taxes and subsidies.

Finally we have income tax implications from all the money being flung around to bribe people to accept their carbon tax? Every Australian will get these bills somewhere, sometime. And who pays for the hundreds of millions poured down subsidy rat-holes like carbon capture, solar panels, pink bats and the IPCC?

Australia's crippling carbon tax is but the latest symptom of the costly Climate Madness infecting the well-fed elite of the western world.

When the consumers of Australia realise the extent to which they have been conned and needlessly pauperised, the electoral retribution will be swift.


Calling it "A Price on Carbon" is two more lies:

Firstly, a tax is a compulsory levy on production, consumption, income or expenditure.

A price is the amount voluntarily offered, paid or received for real goods or services.

Therefore the "Price on Carbon" is a tax.

Secondly, carbon is a solid element rarely found isolated in nature. Diamonds and graphite are examples. Carbon is usually combined with other elements forming coal, oil, gas, plants, animals and all foods they eat.

Any form of carbon when burnt or digested produces a colourless harmless natural gaseous plant food called carbon dioxide. This gas is what they will tax.

Therefore what is being imposed on Australia is not a "price on carbon", it is a "tax on carbon dioxide".

Both deceptions are deliberate. What is the Commissioner for Deceptive Advertising doing?

Sawmills to Save the Planet?


Climate alarmists demand that we fill the land with forests in order to combat global warming.

Trees only extract carbon dioxide while they are growing strongly. Once the forest is choc-a-bloc with mature trees, there is no net removal of carbon dioxide from the atmosphere. Trees, branches and leaves fall and decay, others replace them.

For carbon-extraction forestry to be sustainable, the trees must be logged, milled and put into long-term storage by conversion into poles and posts, beams and girders, floors and furniture, slabs and sleepers. These will lock up the carbon for decades, even hundreds of years, by which time the climate will have moved on naturally and the green hysteria will be shrieking about something else.

With good forest management, loggers and millers will rejuvenate the forest, produce valuable timber products and restore our once-great forestry industry – creating a real green industry out of a green subsidy industry.

Moreover, if forests are planted around coal-burning power stations, the trees will grow faster in the plant-friendly carbon dioxide being produced by the power plant.

Using sawmills to lock up carbon is much more sensible than the zero-benefit high-cost schemes to pump carbon dioxide underground.

Species Extinction is Nothing New

As the global warming bubble deflates, another scare is being inflated – species extinction. Naturally the professional alarmists present this as a brand new threat, but with the same old guilty party – western industry.

It was not carbon dioxide that entombed millions of mammoths, rhinos and other animals in mucky ice from Iceland to Alaska. It was not steam engines that wiped out the dinosaurs and 75% of other species who had dominated the Earth for 180 million years. There were no humans to blame for the Great Permian Extinction when over 90% of all life on Earth was destroyed – animals, plants, trees, fish, plankton even algae disappeared suddenly. And it was not European settlers who wiped out the dinosaurs, diprotodonts, giant kangaroos and other mega-fauna that once roamed outback Australia.

Sadly, history shows that it is the destiny of most species to be destroyed by periodic natural calamities or competition from other species. Earth's history is a moving picture, not a still life. No species has an assured place on Earth. Some species can adapt and survive – those unable to adapt are removed from the gene pool.

Because of Earth's long turbulent history, most species surviving today are not "fragile". Every one of them, including humans, is descended from a long line of survivors going back to the beginnings of life on Earth. And because of the adaptability of life, the Earth today supports more species than ever before.

Man has thrived because of his adaptability, resourcefulness and more recently, his use of science and technology. We cannot now return to a cave-man or hunter-gatherer existence. Without the freedom to explore, develop and utilise our land oceans and minerals, most humans would not survive.

Species extinction events are not new, are not caused by burning carbon fuels, and will probably occur again. We will need all of our freedom, ingenuity, technology and reliable energy resources to survive.

Let us not hasten our own species extinction by starving ourselves of food and energy with foolish demonization of carbon, the natural building block of all life forms."

The Role of Natural changes in solar radiation and its effects on clouds and global temperature.

In August 2011, SILEX Solar, the only solar panel manufacturer in Australia, underwent restructuring and stopped producing photovoltaic cells at its Olympic Park facility, outsourcing the work to China. In November 2011, it suspended its manufacturing operations and fired the majority of its staff.

This was the latest UN Talk-fest that has morphed from "Global Warming", to "Climate Change" to "Sustainable Development" and now "Species Extinction". Naturally they all got there on sailing clippers and bicycles, and spend their nights camped out, drinking natural river water, and roasting local pigeons on forked sticks over wood fires.

But don't trust them. Their decisions are hidden. Non-government delegates were not allowed to see their draft proposals that most politicians will sign.


Professor Ian Plimer will be the Special Event guest speaker at the at the Brisbane Mining Club lunch on Thursday 19th July 2012. His topic is:


"Human-Induced Global Warming: Why I am sceptical."


Bookings are essential - and tickets may sell fast. To reserve a seat or table, see:
http://www.sbm21.com/BrisbaneMiningClub/files/BMCSE-IanPlimer.pdf

Individual bookings are $176.00 (includes GST). Proceeds from this event will be donated to the Royal Flying Doctor Service, Queensland.

The Galileo Movement is launching a Carbon Tax Poster Campaign to coincide with the introduction of the Carbon Tax.

The campaign will consist of distributing the poster below to shops and business in your local area and asking them to display it prominently in their windows or notice boards.

You can ask The Galileo Movement to post 1-5 copies to you or print them off yourself. To get involved or get more information send an email to:
Galileomovement@gmail.com

The Last Word -
Turn up the Heat on The Liberals too.
(or join the No Carbon Tax Climate Sceptics -ed)


We all know that Gillard and the Greens are imposing this carbon tax on us. But the Liberals are not blameless either. Unless we put the heat on them and on every candidate, they will not repeal the big hidden carbon tax "The Renewable Energy Targets". This sneaky tax is what is currently pushing up power costs and if pursued will eventually lead us into brownouts. A few Liberals and most Nationals understand that the whole Climate Tax Industry has no justification and must be repealed before irreversible damage is done. But Greg Hunt needs to be replaced in the Environment portfolio and Malcolm Turnbull must be kept out of any portfolio involving energy or the environment.

They all need to know that opposition to this massive stupidity will never cease.

Please help us spread the word.

For more information visit our web site at www.carbon-sense.com
Literary, financial or other contributions to help our cause are welcomed.
Chairman Viv Forbes MS 23, Rosewood   Qld   4340   Australia.   info@carbon-sense.com
Posted by Geoff on June 23, 2012 3 comments: