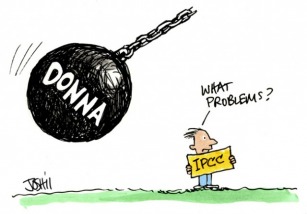 The Vancouver Sun, with an item by Frank Hilliard reports that the rationale for a carbon (dioxide) tax is failing.


Today, there is a new orthodoxy that says the Earth is at a tipping point and man-made carbon emissions are going to raise the temperature dramatically. Scientists who argue against it are derided, defunded and described as "deniers."
Well, I have some good news: The tide of scientific opinion is changing and is about to swamp the proponents of Anthropogenic Global Warming.


Explaining that the rationale for imposing the tax is based on the flawed IPCC's 2007 report. He goes on to talk about the Canadian connection in exposing the flaws in the report.

This blog has mentioned many times mentioned the work done by mining consultant Steve McIntyre and economist Ross McKitrick in discrediting the MBH98 Hockey Stick. See eg HERE. Hilliard writes that McIntyre and McKitrick "started analyzing the same data Mann used and found much of it extremely dubious."
Hilliard then goes on to examine the contribution of the "third skeptical Canadian was Toronto researcher Donna Laframboise..."

who began a lengthy study, not of the climate, but of the IPCC, the organization that claimed to represent thou-sands of top-ranking climate scientists. What she found was that many of the authors of the report it produced were graduate students, environmental activists and gender appointees (I'm not kidding), most of whom had a very large axe to grind and very little interest in the scientific method.

Donna Lafromboise will tour Australia next month - details are from the IPA here:


The real story of climate change and the IPCC

Frank Hilliard is writing of the carbon (dioxide) tax in British Columbia. His article is even more relevant to Australia. He concludes:


The sooner the provincial (and the Australian) government puts aside this dogma and embraces a more scientific under-standing of the global climate, the sooner it can abolish the carbon tax and get on with developing this province, the job it was elected to do.

The IPCC was set up with the express purpose of blaming humans for runaway global warming. 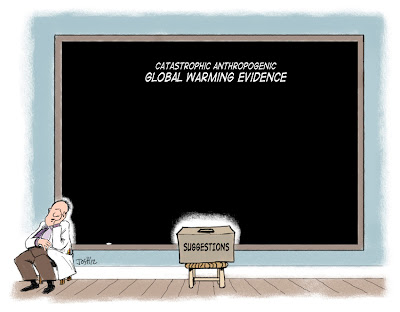 The role of the IPCC is to assess on a comprehensive, objective, open and transparent basis the scientific, technical and socio-economic information relevant to understanding the scientific basis of risk of human-induced climate change, its potential impacts and options for adaptation and mitigation.

Unfortunately, after more than twenty years there has not been one shred of evidence produced to support the falsified hypothesis that human-caused carbon dioxide emissions are causing dangerous global warming. - known as man-made or anthropogenic global warming (AGW.)

As Donna Lafromboise has shown in her book The Delinquent Teenager many of the IPCC reports were not from peer reviewed sources but rather from propaganda activists like Greenpeace and WWF.

Perhaps, Josh should have these eco-thugs sneaking in suggestions while the attendant snoozes.
Posted by Geoff on June 06, 2012 No comments: