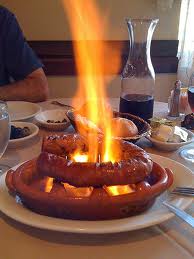 Is your curry getting too hot for you? Does your salad go limp under the hot blazing sun? It is global warming. Well, in fact it is man made global warming (AGW).

Whether He (restrauteur Thomas Keller) Likes It or Not, Global Warming Is Changing the Taste of Food.

The words for Earth Island Journal are by a Mr Corey-Moran. He goes on to mention coffee growers in Uganda. That's right, Uganda. Should a coffee grower in Uganda worry that his plants are growing better because of increasing atmospheric CO2. Or should he be more worried about the fact that the United Nations IPCC want to restrict wealth giving cheap energy?


Ben Corey-Moran is the president of Thanksgiving Coffee and serves on the Advisory Council of The Resilience Fund.

Ocean Warming? It's an inside job! 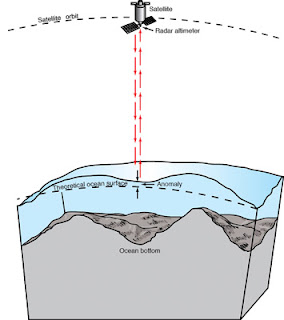 
28 May 2012
CryoSat was launched in 2010 to measure sea-ice thickness in the Arctic, but data from the Earth-observing satellite have also been exploited for other studies. High-resolution mapping of the topography of the ocean floor is now being added to the ice mission’s repertoire.

The main objective of the polar-orbiting CryoSat is to measure the thickness of polar sea ice and monitor changes in the ice sheets that blanket Greenland and Antarctica.
But the satellite’s radar altimeter is not only able to detect tiny variations in the height of the ice but it can also measure sea level.
The topography of the ocean surface mimics the rises and dips of the ocean floor due to the gravitational pull. Areas of greater mass, such as underwater mountains, have a stronger pull, attracting more water and producing a minor increase in ocean-surface height.
Therefore, instruments that measure sea-surface height incidentally map the ocean floor in previously uncharted areas.

“We know more about the surfaces of Venus and Mars than we do about the bathymetry of deep oceans,” said David Sandwell from the Scripps Institution of Oceanography in the US.
“This new mapping from CryoSat will revolutionise our understanding of ocean floor tectonics and reveal, perhaps, 10 000 previously uncharted undersea volcanoes.”


Perhaps some of the ocean warming can be attributed to these volcanoes....
Posted by Geoff on June 02, 2012 2 comments: