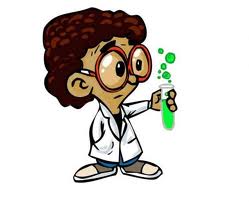 The so-called "science" that is currently practised by many climate sciences violates most of the principles of the scientific method.

The scientific method begins with an hypothesis.

But first, it is necessary to confirm that the observation is is correctly reported...

I was a forensic scientist for a number of years and I appeared in court on behalf of the New Zealand police. Much effort was exercised to confirm any piece of evidence. When I gave my examination on a police exhibit I had to confirm that this was the item I received. The officer involved gave evidence that this was the item he removed from  the crime scene. All evidence has to be checked. Hearsay evidence is not acceptable.

Many "observations" that are used in climate science do not have a known observer who can confirm the observation and many observations are not made by a person at all but by some instrument remote from the human "observer".  The instrument may even apply some "correction" of amalgamation procedure which is not always revealed or justified.

A scientific observation is not valid unless it can be repeated by another, unbiased observer.  When somebody recently announced the discovery of "cold fusion" there were immediate attempts to repeat the observation which falsified it.

It is not possible to repeat any observation on the climate. All observations are therefore unconfirmed and thus unreliable. If you wish to study climate science you have to abandon the scientific method altogether and seek some other means of making use of unreliable observations without expecting to prove any hypothesis.

The science of meteorology has had to face this limitation from  the beginning. It has had to adopt an approach which is essentially unscientific, but which may be practically useful..

This approach is called "validation".

This technique has been adopted by traditional meteorology. It has developed a series of hypotheses about the behaviour of the climate based on measurements of air pressure, wind speed and direction, temperature, relative humidity, precipitation, sunshine hours, cloud formation and a range of other parameters. It is a system of cyclones, anticyclones, high and low air pressure, wind patterns, and precipitation, combined with diurnal and seasonal variations. It is noteworthy that these have not included an influence of atmospheric composition. The results of the hypotheses which have failed to be falsified are the basis of weather forecasts which began locally, but which now cover the entire climate.

These forecasts, which are vital as a guide to our daily existence, are frequently wrong, and become less so over a fairly short period.  There are many reasons  progress has been relatively modest.  The observations cannot be repeated, the system is extremely complex, many aspects of the climate are little understood, and much of the basic science is incomplete, A major problem  is our poor understanding of the behaviour of fluids, whose performance over an extended period is so unpredictable that it is considered "chaotic."

The climate pseudo scientists start by throwing out all the scientific results that meteorologists have spent over 200 years accumulating. There is no air pressure, precipitation, wind movement, or cyclones and anticyclones any more. Instead everything now depends entirely on the property the meteorologists found to be useless, atmospheric composition.

They provide a so-called model of the climate which seems to violate most of the laws of physics.

It assumes that the earth is flat, the sun shines with constant intensity, day and night, that all energy exchanges are due to radiation, and the radiant energy entering equals that emerging.

The idea that the energy is currently  "balanced"  is essential to justify the claim that this idealised climate will be destroyed by increases in greenhouse gases.

There is no part of earth, at any time when  input radiation equals output radiation and also never for the entire earth. Every geologist knows that the earth passes through many fluctuations of temperature, over every time scale.

The energy figures in the model are assumed to be constants, whereas each concept is in reality uncertain and variable over every time scale. The latest version of their model is actually unbalanced, with a positive surplus. This fact alone means that the greenhouse hypothesis is falsified from the start. You cannot even study a supposed "equilibrium with varying averages with large uncertainties.

The concealment of uncertainty pervades all the information about the climate. Every piece of "data" is treated as if it were a constant, when it is usually a multiple average that uses an arithmetic mean for populations of individual observations that  are far from symmetrical or are so irregular that averages depend on scale and on start and end points.. "Trends" are claimed from inadequately characterised "data" which vary unpredictable over time..

Even if their grossly oversimplified model were genuine, it could not comply with the first,  or second  laws of thermodynamics because the climate depends on an assumed constant energy supply from the sun, and thus resembles other similar systems like a refrigerator or the human body. It is a perpetual motion machine.

Models are "evaluated": by people with a conflict of interest, but never "validated". No effort is made to check whether they are capable of prediction.

The whole  process is supported by governments, electorates, national scientific societies, and even by meteorologists.

It is about time that we returned to the genuine science of meteorology.

"To kill an error is as good a service as, and sometimes better than, the establishing of a new truth or fact"   ~Charles Darwin

There are only two directions; forward and backward.