Finger in the crumbling Dike of the AGW Hoax

Is that James Hansen with his finger in the crumbling dike of the AGW hoax? A new Dutch paper, published in the journal Weather indicates that the sun is responsible for the late twenty century warming. (It's the Sun, Stupid!)

As reported by The Hockey Shtick, this new paper shows that the Sun dwarfs the alleged effect of CO2.


How much longer can the crumbling edifice of the AGW hoax stand up? 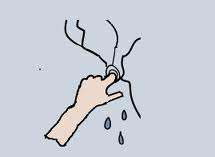 Does taxing kill or stimulate an economy.

The Green Gillard Government, against their own election promises and even against public opinion are determined to inflict a carbon dioxide tax on Australian citizens. They say that a tax, that will add to the cost of all businesses,  will be good for the economy.


SMH: The  Green Gillard government declared victory for a "historic economic reform" today after the Senate finally passed a carbon tax - laws that have created political havoc for four years and have been debated for more than a decade. The government won the historic vote in the upper house 36 to 32.

Perhaps they should take note of the Brazilian Government.

Both governments can't be right.