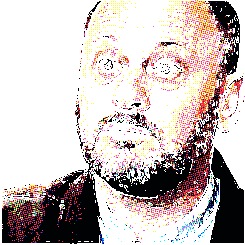 The Panasonic Prius $180,000 Climate Alarmist Tim Flannery has made another prediction.

This follows previous failed predictions like
So, what is Flannery's  fresh (flawed?) forecast?


THE nation's leading climate change expert has again warned of dire weather events - but this time his predictions centre on western Sydney.

In a report to be released today, climate commissioner Professor Tim Flannery said the region's temperatures would rise sharply in coming years, leading to violence and more cases of mental illness.

The commission said western suburbs were suffering from "an urban island heat effect" (UHI) with concrete, buildings and asphalt raising temperatures by 1C to 2C.

Does this mean that the western suburbs  UHI is going to be worse than the UHI in the CBD?


But a climate scientist with the University of Newcastle, Stewart Franks, says the report tends towards scare mongering.

"The whole thrust of the report is what the climate's going to be going into the future," he said. "Unfortunately we know that the climate models that are used to actually do that job actually don't represent key modes of climate which are very important. I'm thinking specifically things like El Nino and La Nina."

Again from the Telegraph:

"So what. There is always going to be more or fewer hot days per decade," he said.
He claimed forecasting models to project warming, used by the UN, were wrong and that claims made about the start of this century had proven wrong.

"Those same computer models predicted there would be two-tenths of a degree of warming between the turn of the century and 2010 - in fact we had no warming at all.
"If you bring it out to 2012, we have had a slight cooling."

The worst news is that the Australian taxpayer is still paying this soothsayer. Tim has a house on the Hawkesbury that is just above sea-level.

The report predicts by century's end that sea-levels will rise by 1.1 metres, putting more than 40,000 New South Wales homes and 250 kilometres of highway at risk.

Flannery is no expert!