Wind Power requires back up or the lights go out 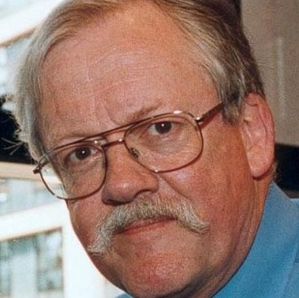 Roger Helmer is a member of the European Parliament. He runs his own blog titled RogerHelmerMEP.

He has recently been to Vaasa, Finland, with the European Energy Forum.


Wärtsilä has made a rational commercial decision to market these machines as back-up for wind, given the commitment of European governments to renewables.  But the message I took away was that wind, as a significant contributor to power generation, absolutely requires back-up.

Otherwise, when the wind drops, the lights go out.

We were shown a series of graphs clearly demonstrating the need for additional conventional back-up capacity in the mix, given the typical pattern of wind speeds.  (We also saw a graph that destroyed the myth of the Greens, that intermittency can be solved with a European super-grid because “over such a big area, the wind is always blowing somewhere”.  No it isn’t.

Roger is critical about remarks made by David Cameron


I mean no disrespect to our Prime Minister, but the level of ignorance and complacency shown by his remarks is truly frightening.

Roger then makes a statement that hits the bullseye:

Let me offer you an heretical idea: why not just build the back-up, and forget the wind? 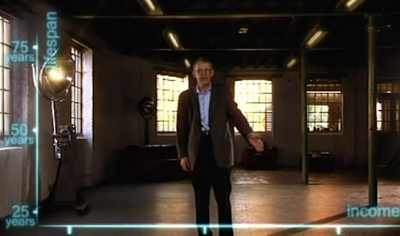 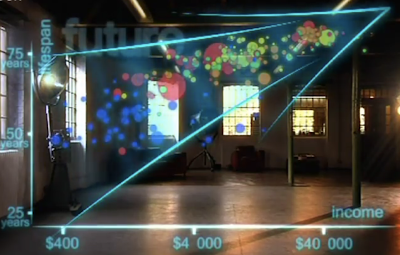 Hans Rosling explores stats in a way he has never done before - using augmented reality animation. In this spectacular section of 'The Joy of Stats' he tells the story of the world in 200 countries over 200 years using 120,000 numbers - in just under five minutes. Plotting life expectancy against income for every country since 1810 in the little ice age (LIA) and into the industrial revolution, Hans shows how the world we live in is radically different from the world most of us imagine. We are getting richer and healthier.

Do you believe in (Man Made) Global Warming?

Do you still believe in man made global warming? As Heartland points out,

aka The Unabomber is a believer. 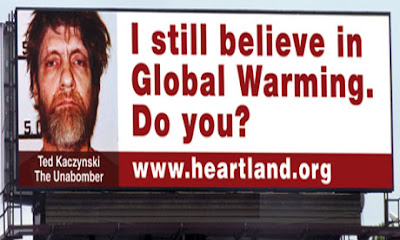 Heartland wrote on their site:


“What these murderers and madmen have said differs very little from what spokespersons for the United Nations, journalists for the ‘mainstream’ media, and liberal politicians say about global warming.  They are so similar, in fact, that a web site has a quiz that asks if you can tell the difference between what Ted Kaczynski, the Unabomber, wrote in his ‘Manifesto’ and what Al Gore wrote in his book, Earth in the Balance.”


Jim Lakely, Heartland’s spokesman, told The Daily Caller that the ad is “deliberately provocative,” despite the fact that the outfit “doesn’t often do provocative marketing or communication.”

“Heartland has spent millions of dollars contributing to the real debate over climate change. In return, we’ve been subjected to the most uncivil name-calling and disparagement you can possibly imagine,” Lakely explained. “The other side seems to be playing by different rules. So I find all this outrage at Heartland for a single billboard a little puzzling since there seems to be little public outrage at those who constantly attack us for speaking the truth about the climate.”

Before the self-righteous alarmists start crying foul, remember the 10:10 video with exploding children 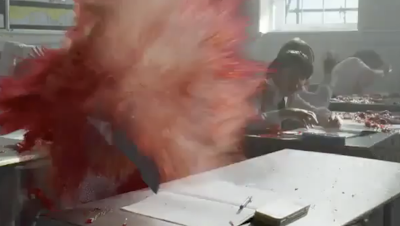 
Linkola is one of the few voices who advocates:
1) No immigration
2) Downsize population
3) Kill defectives
4) Stop rampant technology


On the other hand ~

From Donna Lafromboise on her blog No Frakking Consensus.


But my participation in the upcoming Heartland conference has now become untenable. I’m a Canadian who has never been a member of any political party. Sometimes I agree with the left, sometimes I agree with the right. Many people base their climate opinions on the political tribe to which they belong. I’m not one of them.
I believe in pragmatism and common sense. I believe in cold, hard facts – and in treating people with whom I disagree with courtesy and respect.
Over a 24-hour period late this week, Heartland ran an ad on an electronic billboard along a highway in suburban Chicago. It featured a photo of Ted Kaczynski, aka the Unabomber, who is currently serving a life sentence in a Colorado penitentiary for killing three people and injuring 23 more. The billboard read: “I still believe in global warming. Do you?”

And from Ross McKittick who exposed the fraudulent "hockey stick."


I am absolutely dismayed. This kind of fallacious, juvenile and inflammatory rhetoric does nothing to enhance your reputation, hands your opponents a huge stick to beat you with, and sullies the reputation of the speakers you had recruited. Any public sympathy you had built up as a result of the Gleick fiasco will be lost–and more besides–as a result of such a campaign. I urge you to withdraw it at once.

And  From Heartland's Joe Bast:


“The Heartland Institute knew this was a risk when deciding to test it, but decided it was a necessary price to make an emotional appeal to people who otherwise aren’t following the climate change debate.”

By 4 p.m. Eastern time, an outcry from allies and opponents alike led the Heartland Institute’s president, Joe Bast, to say he would switch off the sign within the hour. 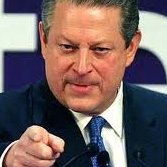 I still believe in

Let us not forget the despicable actions of Peter Gleick in trying to discredit The Heartland Institute.

What could be more American than encouraging a robust debate on one of the most controversial issues of the day? The answer -- for some on the left, anyway -- is: lie about your opponents and make a pathetic effort to discredit them.
That, at least, is what an activist named Peter Gleick decided to do in a backwards attempt to promote his view that global warming is unquestionably and primarily a man-made phenomenon -- one that will cause calamitous changes in the environment.

Why Heartland? Because this free-market non-profit group has been at the forefront of the climate-change debate. They’ve published books, articles and reports, held conferences, and debunked the hysterical claims of the radical environmental movement. Their efforts have earned them the scorn of liberal activists who would rather smear their opponents than debate them.

The centerpiece of Gleick’s counterfeit cornucopia was an alleged insider memo outlining plans to stop teachers from “teaching science,” and to “undermine” reports from the U.N.’s Intergovernmental Panel on Climate Change. The memo also claimed the Charles G. Koch Foundation was funding Heartland’s climate-change efforts.

None of this was true, but it didn’t stop Gleick from loading his “smoking gun.”

Unfortunately for him, his ammunition turned out to be blanks. Computer forensic work showed that the memo couldn’t have come from any Heartland computers. It references only the documents that Gleick stole (a theft which he later was forced to admit).

The end of the world is nigh...or is it?

Some quotes from the interview:

Being skeptical is the true philosophy of a scientist…


The hypothesis that man made CO2 emissions are causing runaway warming (AGW) is actually a falsified hypothesis.
Posted by Geoff on May 05, 2012 No comments: