Is the ABC is now completely unbalanced? 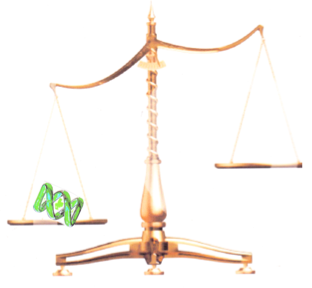 It’s been a typical week at the ABC; the much vaunted documentary on ‘climate change’ [AGW], “I can change your mind about..Climate” featured a well stacked audience and panel to eviscerate Minchin and Palmer, the token sceptics. And at the Drum a typical ‘balanced’ set of articles on AGW.
There was the usual dross from serial pontificator, Lewandowsky. Then, the usual pie in the sky gibberish from Dan Cass, an implacable and feckless supporter of ‘renewables’ such as wind and solar and no doubt wave power.
Last but not least, the equally feckless but morally sustained Anna Rose. Rose is as fine an example of cognitive dissonance as you could meet. She has personally benefitted from every aspect of this great society through education and lifestyle but, through her commitment to the lie of renewable energy she is content to oversee the destruction of that society which gave her every opportunity.
Rose was the distaff part of the “I can change your mind" documentary and took part in the dreadful Q&A panel which followed.
Jo Nova has done a critique on how the audience was stacked and used by the sly host, Jones, especially in regard to Professor Matthew England’s egregious lies about the IPCC. It should also be noted that England has benefitted to an enormous extent professionally through Australian Research Council [ARC] grants which total $100s of thousands. England is not an impartial commentator on the subject of AGW and personifies the insidious and oppressive nature of the so-called ‘consensus’ about AGW. People like England, who are in accord with government policy, receive financial and status benefits. This puts them in a position whereby they can agitate and influence public perception about AGW. In this respect England is an activist not a scientist.
However, the most pernicious ring-in used by Jones on the night of the Q&A was Matthew Wright. Wright is a member of the renewable energy activist group Beyond Zero Emissions [BZE]. Like England, Wright has a vested interest in AGW.
Wright’s BZE produced the Stationary Energy Plan [SEP] which asserted that Australia could run on renewable energy, primarily wind and solar, by 2020. It is a disgrace that the ABC still accepts reference to this completely discredited plan. In 2011 Professor Barry Brook and engineers, Peter land and Martin Nicholson revealed what a recipe for disaster the SEP is.
Brook and his team found that for SEP to work, that is, for only wind and solar to supply power, Australia would have to use 50% less power by 2010 standards, which on a per capita basis, based on population growth would mean a nearly 60% reduction by 2020. That is easy; just switch off the power on Sunday night and switch it back on Thursday morning.
Brook also found that the SEP would cosy up to nearly $4.2 trillion.
Yet despite this Wright was given carte blanche by Jones to say the most outrageous things, for instance, using Spain as an exemplar of the virtues of renewable energy. This is the same Spain which now has an unemployment rate of 24.4%, the worst in Europe and which is an economic basket case; all because they invested in wind and solar which don’t work.
There is no balance in these programs or articles; they are put together by zealots who will go to their graves ‘believing’ in AGW.
It is increasingly plain that the ABC is their natural home; at a cost of over $1 billion per annum.
Posted by Geoff on May 01, 2012 2 comments: 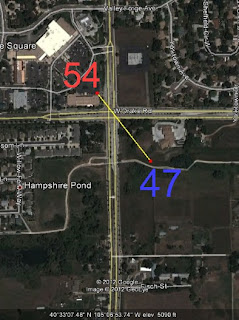 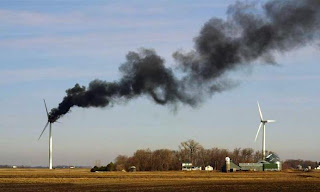 Gee, but surely there must be a good side? you ask.

Surely they are preventing the terribly destructive "global warming?"

Actually, they assist the warming of the planet.

The paper: - Impacts of wind farms on land surface temperature


The wind industry in the United States has experienced a remarkably rapid expansion of capacity in recent years and this fast growth is expected to continue in the future1, 2, 3. While converting wind’s kinetic energy into electricity, wind turbines modify surface–atmosphere exchanges and the transfer of energy, momentum, mass and moisture within the atmosphere4, 5, 6. These changes, if spatially large enough, may have noticeable impacts on local to regional weather and climate. Here we present observational evidence for such impacts based on analyses of satellite data for the period of 2003–2011 over a region in west-central Texas, where four of the world’s largest wind farms are located7. Our results show a significant warming trend of up to 0.72 °C per decade, particularly at night-time, over wind farms relative to nearby non-wind-farm regions. We attribute this warming primarily to wind farms as its spatial pattern and magnitude couples very well with the geographic distribution of wind turbines.