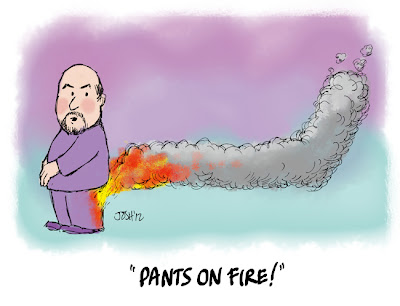 The great cartoonist Josh has depicted one of the biggest liars, a liar who has perverted science and helped to spread the man-made carbon dioxide emissions hoax, much like his own polluting tail wind.
Posted by Geoff on April 30, 2012 No comments: