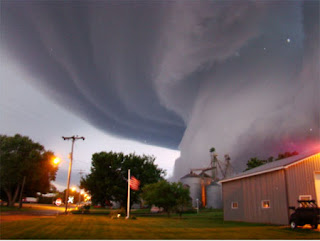 Question: How do you manufacture a global warming crisis when real-world data show only modest warming and no increase in extreme weather events?

The Yale Project on Climate Communication and the George Mason University Center for Climate Change Communication have released a joint survey about Americans’ impressions of recent extreme weather events. Much like the phenomenon where millions of people claim and apparently believe they were actually at the 1969 Woodstock music festival, a ridiculously high percentage of people claim to have personally experienced severe weather events like hurricanes and tornadoes during the past year.

Twenty-one percent of survey respondents say they personally experienced a tornado last year. This is astonishing. Unless the survey was conducted almost exclusively in Joplin, Missouri or Tuscaloosa, Alabama, I am guessing the Woodstock effect is occurring here.

Even more remarkably, 16 percent say they personally experienced a hurricane last year. Not a single hurricane struck the United States last year. Tropical Storm Irene, often mislabeled as a hurricane, came the closest, with 70 mph winds striking small portions of the minimally populated North Carolina Outer Banks. So how did 16 percent of Americans personally experience a hurricane last year? Perhaps they were all together on a cruise ship off the Mexican coast in October when Hurricane Rina spun around in the Caribbean Sea for a few days.

Abbott: Carbon Tax out in 6 months of Coalition Government 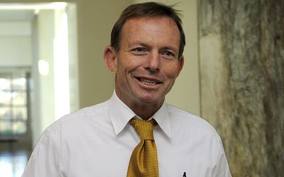 The Opposition Leader said that if blocked in the Senate he would immediately call another election, a double dissolution, and invite the ALP to commit “suicide twice''.

“I won't reduce the tax, change the tax, or redesign the tax. I will repeal the tax,'' Mr Abbott said in Brisbane today.

The Coalition is maintaining its course to make the election scheduled for late next year a referendum on the carbon pricing scheme set to begin this July.

Mr Abbott ramped up his intentions to scrap the entire scheme if elected, and assured voters they would not miss out on pension increases and tax cuts to be funded by the scheme's revenue. 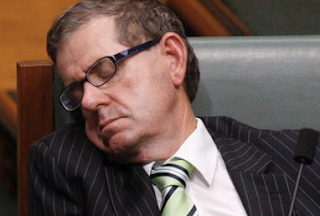 Meanwhile the Green Gillard government's hold on the treasury benches is slipping with allegations against the speaker, Slippery Pete....make that Peter Slipper.
Report again from News.com and reporter Steve Lewis.

SPEAKER Peter Slipper is facing explosive allegations he sexually harassed a young male adviser and misused taxpayer-funded Cabcharge dockets in a major new crisis for the Gillard government. The man who holds the highest parliamentary office in Australia is accused by a key adviser, James Ashby, 33, of making "unwelcome sexual advances" and "unwelcome sexual comments".
Mr Ashby, in court documents obtained by The Daily Telegraph, alleges Mr Slipper, 62, only recruited him "for the purpose of pursuing a sexual relationship".
The Australian Federal Police will also be asked to investigate conduct by Mr Slipper in relation to the use of public funds.