Completely off topic. If you are reading because of NCTCS business, you can turn off now, but as a blogger, I am continually reminded about words...about descriptions...about language and its use and the following column from the New York Times struck a bell with me.

A sentence can offer a moment of quiet, it can crackle with energy or it can just lie there, listless and uninteresting.

What makes the difference? The verb.

Verbs kick-start sentences: Without them, words would simply cluster together in suspended animation. We often call them action words, but verbs also can carry sentiments (love, fear, lust, disgust), hint at cognition (realize, know, recognize), bend ideas together (falsify, prove, hypothesize), assert possession (own, have) and conjure existence itself (is, are).

Fundamentally, verbs fall into two classes: static (to be, to seem, to become) and dynamic (to whistle, to waffle, to wonder). Static verbs stand back, politely allowing nouns and adjectives to take center stage. Dynamic verbs thunder in from the wings, announcing an event, producing a spark, adding drama to an assembled group.

Isn't that beautiful writing from a writer writing about...well...writing? "Dynamic verbs thunder in from the wings.."

And what about Dynamic verbs and Dynamos:


The dynamos, by contrast, give us an instant picture of a specific movement. Why have a character go when he could gambol, shamble, lumber, lurch, sway, swagger or sashay?
Picking pointed verbs also allows us to forgo adverbs. Many of these modifiers merely prop up a limp verb anyway. Strike speaks softly and insert whispers. Erase eats hungrily in favor of devours. And whatever you do, avoid adverbs that mindlessly repeat the sense of the verb, as in circle around, merge together or mentally recall.


“A duck stands up, shakes out its feathers and peers above the still grass at the edge of the water. The skin of the lake twitches suddenly and a fish springs loose into the air, drops back down with a flat splash. Ripples move across the surface like radio waves. The sun hoists itself up and gets busy, laying a sparkling rug across the water, burning the beads of dew off the reeds, baking the tops of our mothers’ heads.”

For more of this article from the New York Times, transport your ideas to the author's marvelous world HERE.

Constance Hale, a journalist based in San Francisco, is the author of “Sin and Syntax” and the forthcoming “Vex, Hex, Smash, Smooch.” She covers writing and the writing life at sinandsyntax.com.
Constance's book Sin and Syntax is available from Amazon HERE.

Will you change your mind about Anthropogenic Global Warming (AGW)? 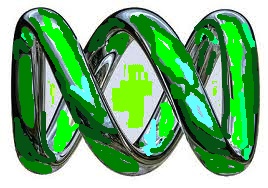 The ABC TV’s Q&A is hosting a live debate on  (man-made?) climate change on Thursday 26th April at their Ultimo studios in Sydney from 7.30pm.


The debate will follow the screening of the new documentary curiously named "I Can Change Your Mind About Climate " featuring former Liberal Senator Nick Minchin and climate action campaigner Anna Rose.

(See also: What the ABC edited out)


Change your mind about climate? As in "I used to think climate was weather but now I know that it is something else."

What they really want to do is change your mind about your thoughts on anthropogenic (or man made) global warming (AGW).


Will they also have scientists on both sides of the debate like Bob Carter and Ian Plimer vs Tim (it won't rain again) Flannery and Will Steffen?


There is an on-line survey HERE. Although the first question asks:


The remaining 15 questions assume that man-made global warming IS happening.


You can also book to attend the debate -  email QandA (qandaclimate@your.abc.net.au) with the following information:

Perhaps the ABC should take notice of this post on US  media. 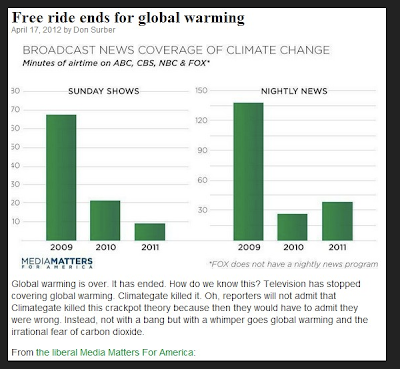 They say that scientists report that "one of the world's biggest glacier regions has so far resisted global warming.."


For years, experts have debated the state of glaciers that smother nearly 20,000 square kilometres of the Karakoram range in the western Himalayas.

Its glaciers account for nearly three percent of the world's area of ice outside the ice sheets of Greenland and Antarctica.

A team of French Scientists have compared 3-D satellite maps from 2000 and 2008, said the glaciers had not lost mass over this period and may even have grown a tiny bit, at 0.11 millimetres.

Also reported by The Register

A new study of survey data gleaned from space has shown a vast region of Himalayan glaciers is actually gaining ice steadily, mystifying climate scientists who had thought the planet's "third pole" to be melting.

The study was carried out by comparing two sets of space data, the first gathered by instruments aboard the space shuttle Endeavour in 2000 and the second by the French SPOT5 satellite in 2008. The results were unequivocal. Across the targeted 5,615km2 region of the Karakorum mountains lying on the Chinese border with India and Pakistan, the glaciers had gained substantial amounts of mass by the time the second survey was carried out. Satellite pictures had previously shown the glaciers there spreading to cover more area, but some climate scientists had argued that they might nonetheless be losing ice by becoming thinner: this has now been disproven.


Some glaciers in the Himalayas mountain range have gained a small amount of mass between 1999 and 2008, new research shows, bucking the global trend of glacial decline. The study published on Sunday in the Nature Geoscience journal also said the Karakoram mountain range in the Himalayas has contributed less to sea level rise than previously thought.

As global average temperature rise, glaciers, ice caps and ice sheets melt and shed water, which contributes to the increase of sea levels, threatening the populations of low-lying nations and islands.

The research at France’s University of Grenoble estimates that the Karakoram glaciers have gained around 0.11 to 0.22 metres per year between 1999 and 2008.

LAST YEAR (27/1/11) a separate study was reported by The UK Telegraph.

It challenges claims made in a 2007 report by the UN's Intergovernmental Panel on Climate Change that the glaciers would be gone by 2035.

Although the head of the panel Dr Rajendra Pachauri later admitted the claim was an error gleaned from unchecked research, he maintained that global warming was melting the glaciers at "a rapid rate", threatening floods throughout north India.

The new study by scientists at the Universities of California and Potsdam has found that half of the glaciers in the Karakoram range, in the northwestern Himlaya, are in fact advancing and that global warming is not the deciding factor in whether a glacier survives or melts.

Their report, published in the journal Nature Geoscience, found the key factor affecting their advance or retreat is the amount of debris – rocks and mud – strewn on their surface.
Posted by Geoff on April 17, 2012 No comments: