US -no warming for 40 years 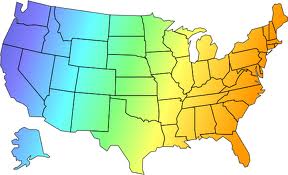 Dr Roy Spencer has an interesting post on his site where he has adjusted the temperature dataset to account for population:


This is the first of what I hope will be monthly surface temperature updates for the contiguous U.S., based upon 280 International Surface Hourly (ISH) stations which have reasonably complete temperature records since 1973.
Following up on my previous post showing that ISH station warming trends during 1973-2011 were a function of population density, I have quantified the average temperature trend increase with population density (2000 population data) over the U.S, then applied a linear trend correction to each of the stations based upon that relationship.
A few of the findings:
1) Essentially all of the +0.20 deg. C/decade average warming trend over the U.S. in the last 40 years computed from the CRUTem3 dataset (which the IPCC relies upon for its official global warming pronouncements) evaporates after population adjustment (no claim is made for countries other than the U.S.)
2) Even without any adjustments, the ISH data have a 20% lower warming trend than the CRUTem3 data, a curious result since the CRUTem3 dataset is supposedly adjusted for urban heat island effects.
3) The only calendar month with obvious long-term warming is January, due to unusually cold U.S. winters during the 1970s.