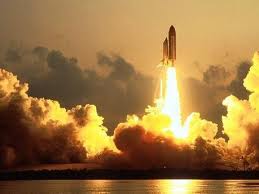 Nearly 50 Astronauts and scientists from NASA's space exploration have made an unprecedented slap at NASA’s endorsement of global warming science.

Challenging statements from NASA that man is causing climate change, the former NASA executives demanded in a letter to Administrator Charles Bolden that he and the agency “refrain from including unproven remarks” supporting global warming in the media.

“We feel that NASA’s advocacy of an extreme position, prior to a thorough study of the possible overwhelming impact of natural climate drivers is inappropriate,” they wrote. “At risk is damage to the exemplary reputation of NASA, NASA’s current or former scientists and employees, and even the reputation of science itself

”The letter was signed by seven Apollo astronauts, a deputy associate administrator, several scientists, and even the deputy director of the space shuttle program. (Washington Examiner)

In their letter, the group said that thousands of years of data challenge modern-day claims that man-made carbon dioxide is causing climate change. “With hundreds of well-known climate scientists and tens of thousands of other scientists publicly declaring their disbelief in the catastrophic forecasts, coming particularly from (NASA’s) Goddard Institute for Space Studies leadership, it is clear that the science is NOT settled,” they wrote.

Benny Peiser of the Global Warming Policy Foundation reminds us of some previous statements by Buzz Aldrin and Harrison Schmitt.


But while trying to spread the word about the possibilities of space, Dr Aldrin said he was sceptical of climate change theories.
"I think the climate has been changing for billions of years," he said.
"If it's warming now, it may cool off later. I'm not in favour of just taking short-term isolated situations and depleting our resources to keep our climate just the way it is today.
"I'm not necessarily of the school that we are causing it all, I think the world is causing it."


---As a geologist, I love Earth observations. But, it is ridiculous to tie this objective to a "consensus" that humans are causing global warming in when human experience, geologic data and history, and current cooling can argue otherwise. "Consensus", as many have said, merely represents the absence of definitive science. You know as well as I, the "global warming scare" is being used as a political tool to increase government control over American lives, incomes and decision making. It has no place in the Society's activities.