No evidence that Dangerous Global Warming is occuring

Bob Carter, David Evans, Stewart Franks and William Kininmonth , writing for Quadrant on Line say that their "analysis finds no evidence that dangerous global warming is occurring; nor that human carbon dioxide emissions will cause such warming in future; nor that recent Australian climate-related events lay outside normal climate variability; nor that reducing carbon dioxide emissions will have any discernible impact on future climate."

They are commenting on the recent reports released by CSIRO/BOM and the Climate Commission.

Clearly, something is very wrong with the way in which scientific policy regarding climate change (and, for that matter, other environmental issues) is being delivered to the Australian government. Almost equally disturbing is that mainstream Australian media sources now display an almost complete incapacity to assess environmental matters objectively.

Is there any substantive new science in the science agency reports? No.
Is there any merit in the arguments for dangerous warming that are advanced in the reports? No.
Did any mainstream media organisation question the recommendations in the reports in their mainline news reporting? No.
Was there any need for, or purpose served, by the reports? Yes, but only the political one of attempting to give credence to the impending collection of carbon dioxide tax.
Download the detailed analysis of the CSIRO/BOM and Climate Commission reports (pdf) here...


Subscribe to Quadrant magazine here…
Posted by Geoff on April 11, 2012 No comments: 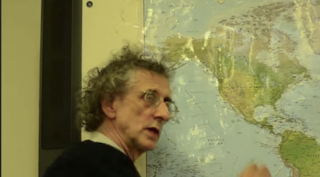 Piers Corbyn reviewing weather events in March and his predictions for April 2012.

Piers Richard Corbyn (born 10 March 1947) is an astrophysicist and owner of the business Weather Action which makes weather forecasts up to a year in advance. (wikipedia)


Any people who doubt Pier's amazing accuracy can note the forecasts and see if (when?) he is right.
Posted by Geoff on April 11, 2012 1 comment:

What it means
The two researchers say their findings suggest that "increased iWUE associated with rising CO2 can positively impact tree growth rates in the western United States and are thus an evolving component of forest ecosystem processes." And these CO2-induced iWUE increases are a mighty positive component, we might add, which is quite the opposite of what one would expect from what many climate alarmists claim to be a harmful air pollutant, which must be stopped from accumulating in the atmosphere at all costs.


This corresponds with a study by the University of Western Sydney EucFACE study. - see also HERE


Hawkesbury Institute scientist Professor David Ellsworth has said the project will show changes in growth and water consumption with the added CO2:"There may be debate about climate change but there is nobody out there who doesn't think CO2 levels are rising. It's a future we want to avoid but one we're unlikely to. Scientifically, there's huge alarm over carbon dioxide."

Cherry picked quote from Professor David Ellsworth - "....the short-term mechanism of photosynthetic response would suggest a large CO2 stimulation effect in interaction with some other climatic stresses (drought and warming)...."

The forerunner to EucFACE at UWS was the Hawkesbury Experiment (HFE). The trees were originally encased under the HFE study.


Scientists have previously observed that plants respond to high CO2 levels by increasing photosynthetic activity which makes more fuel available for root mass growth and can lead to greater forest productivity. In addition high CO2 levels can cause the leaf stomata to close thereby reducing the plant’s requirements for water. This could impact the amount of water that flows into streams and rivers and groundwater recharge. However, climate change also involves a rise in temperatures and this will affect weather patterns including rainfall and humidity, which will also impact tree growth. According to HFE researchers there is an urgent need to study these effects on Australia’s native plant species ”to underpin Australia’s environmental and catchment management strategies for the 21st century”.

From Climate change and Forestry (pdf)


Under elevated CO2, plants open their stomata less, thus transpiring less water. Therefore, the water use efficiency of plants (i.e. the growth per unit of water transpired) is predicted to increase at higher CO2 concentration, which may offset negative impacts on growth in those areas in which rainfall is predicted to decline.


A team of researchers including Craig Barton from Industry & Investment NSW (I&I NSW), and Jann Conroy and Burhan Amiji from the University of Western Sydney, is revealing how native forests will react to climate change.

The quest to discover how native trees respond to climate change is showing they are true Aussie battlers, with a capacity to conserve their resources and use less water as they continue to grow.

The knowledge gained from the project will underpin environmental and catchment management strategies for the 21st century.