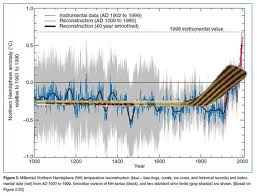 From the American Thinker by S Fred Singer:


As a climate scientist, I am quite familiar with the background facts that Prof Michael E. Mann (now at Penn State U) so shamelessly distorts in his new book The Hockey Stick and the Climate Wars: Dispatches from the Front Lines.

First, the scientific background:
Mann's claim to fame derives from his contentious (and now thoroughly discredited) "hockeystick" research papers (in Nature 1998 and Geophysical Research Letters 1999).  His idiosyncratic analysis of proxy (non-thermometer) data from sources like tree rings, ice cores, ocean sediments, etc. did away with the well-documented Medieval Warm Period (MWP - 900-1200AD) and Little Ice Age (LIA - 1400-1800AD) -- documented by Prof. H.H. Lamb, the founding director of the Climate Research Unit of East Anglia U (CRU-EAU).  Mann then asserted that the 20th century was the warmest in 1,000 years.  His temperature graph, shaped like a hockeystick (on its side) immediately became the poster child of Al Gore and the IPCC, the U.N. science panel, to support their claim of anthropogenic global warming (AGW).

Two Canadian statisticians, Steven McIntyre and Ross McKitrick, soon found serious errors in Mann's analysis; they even showed that random data fed into Mann's algorithm would produce "hockeysticks."  To add insult to injury, while the 2001 IPCC report used Mann's result to bolster its AGW claim, the most recent 2007 IPCC report no longer relies on it.  Mann still defends it -- sort of -- and so do some of his uncritical supporters.  We have had no word yet from Al Gore. 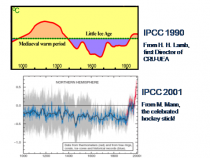 Read more: http://www.americanthinker.com/2012/04/climategate_heads_to_court.html#ixzz1rF3w3BXs
Posted by Geoff on April 06, 2012 No comments: 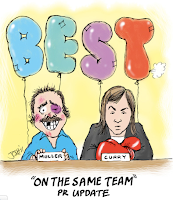 Previously TCS blog has written of Richard Muller and the Berkeley Earth Surface Temperature (BEST) study in the item "The Best Sceptic in Town?"

Now Richard Muller is to lead a study into global surface temperatures. 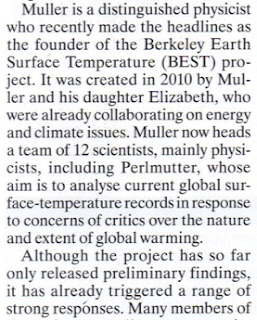 .....
Already he has been criticised by the alarmist propaganda blog Real Science.
Richard Muller says, of the scientists behind the ClimateGate scandal, "I lost my trust!" Physics World says that

Muller, having read the leaked e-mails, is still scathing of these scientists and he is convinced that, while they did nothing illegal, they are still guilty of scintific malpractice and that big questions marks remain over their scientific methods. "What bothers me is the way that they hid the data and the way that they used the peer review system to make sure that the sceptics' arguments - some of which were valid - would not get published." 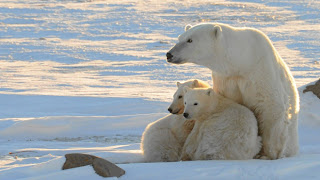 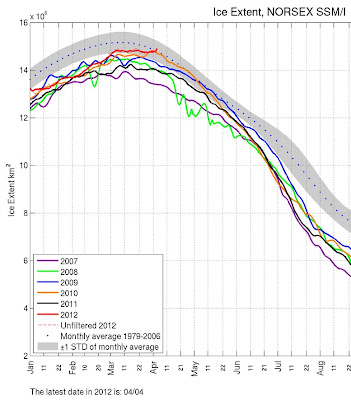 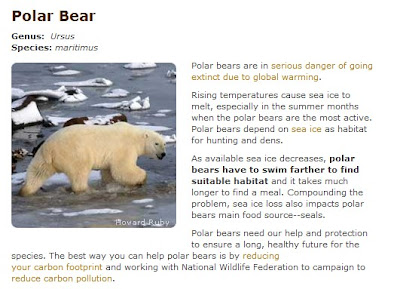