Australia has plentiful fossil-fuel. Coal is plentiful and is being exported to many countries. We have a government controlled by Green Communist ideals and they are trying to "blacken" coal. The USA is facing similar obstacles.


The US Environmental Protection Agency (EPA). last week announced its intention to enforce regulations that would effectively ban new coal-fired power plants in the United States.

Are the US Americans as stupid as our Australian Government?


As coal is by far America’s cheapest and most plentiful fossil fuel, and coal-fired power stations account for 45 percent of all electricity generated in the U.S., the destructive economic effects of this edict can hardly be overstated. It is therefore imperative to subject the EPA’s logic to a searching examination.

Do you trust your scientists?

The (US) National Academies describe themselves as "Advisors to the (US) Nation on Science, Engineering and Medicine. On their video being a scientist they say: "When the professional standards of science are violated, the fundamental relationship between science and society is damaged."


The scientific research enterprise is built on a foundation of trust. Scientists trust that the results reported by others are valid. Society trusts that the results of research reflect an honest attempt by scientists to describe the world accurately and without bias. But this trust will endure only if the scientific community devotes itself to exemplifying and transmitting the values associated with ethical scientific conduct.

Although the Intergovernmental Panel on Climate Change (IPCC) is a political body, it pretends to be scientific. How often has that body violated the trust?

The ClimateGate e-mails have shown many times how the alarmist scientists have violated the trust. "Hide the decline" and "I’ve just completed Mike’s Nature trick of adding in the real temps to each series for the last 20 years" are just two examples that come to mind. Can you trust a scientist that tries to hide the temperature decline? Can you trust a scientist who alters temperature data? Surely that trust has been violated.


In the field of climate science, when someone — especially skeptics — did something ethically questionable or misrepresented facts, scientist Peter Gleick was usually among the first and loudest to cry foul. He chaired a prominent scientific society's ethics committee. He created an award for what he considered lies about global warming.
Now Gleick admits that he posed as a board member to get and then distribute to the media sensitive documents from a conservative think tank that is a leader in questioning mainstream climate change science.

Not only did he distribute media sensitive documents, he also included some fake documents. Did the dishonourable Gleick win his own award? Gleick won a MacArthur genius award. How clever is he really?

Is being a political activist within the realms of science? James Hansen has been arrested several times (see pic above) at political demonstrations. Is this a violation of trust?


"What a mess," said Mark Frankel, head of scientific responsibility for the American Association for the Advancement of Science, the world's leading scientific society, which also had Gleick as a panel member on some committees. "It's compounded by the fact that he was chairman of the ethics committee of a professional society. ... It's an ethical morass that he finds himself in."

"And Gleick's actions cast unwarranted doubt on the work of other scientists," Frankel said.

Unwarranted? Or indeed warranted for the majority of the alarmist scientists?

Are Himalayan Glaciers Headed to Hell in a Handbasket? 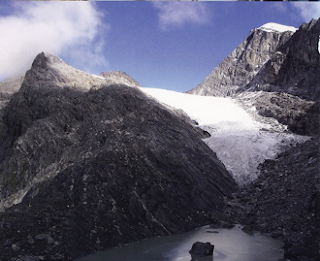 
Bali et al. (2011) introduce their review of what we know about Himalayan glaciers by noting that a "glacial inventory carried out by the Geological Survey of India reveals the existence of over 9,000 valley glaciers in India and at least about 2,000 glaciers in Nepal and Bhutan," citing Raina (2006). And they say that "following the alarmist approach of the Intergovernmental Panel on Climate Change (IPCC)," a number of subsequent reports related to the bleak future of Himalayan glaciers have been issued, mainly through the media. These reports, as they describe them, have suggested that "almost all Indian glaciers including the Gangotri glacier will vanish from the earth in the next few decades." More particularly, they say the reports suggest that "initially, there would be flooding followed by the drying of glacial fed rivers of the Indian subcontinent, desertification, rise of sea level, submergence of the coastal areas, spread of diseases, drop in the production of food grains, etc.," all due, of course, to "anthropogenically induced global warming (AGW)."

So what's the real story? 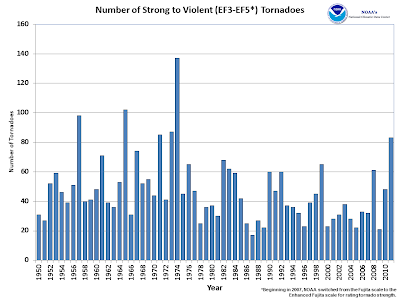