Ottawa, Canada, March 28, 2012: “Earth Hour is yet another symbol of how climate activists have hijacked the environmental movement,” said Tom Harris, executive director of the International Climate Science Coalition (ICSC) which is headquartered in Ottawa, Canada. “Most people do not realize that, when they turn out their lights for sixty minutes on March 31, they are not supporting science-based environmental protection. Participants in Earth Hour are unwittingly helping prop up one of the most threatening scientific hoaxes in history—the idea that carbon dioxide (CO2) emissions from human activities are known to be causing dangerous global warming and other problematic climate change.”

ICSC chief science advisor, Professor Bob Carter of James Cook University in Queensland, Australia and author of the best selling book, “Climate: the Counter Consensus” explained, “Science has yet to provide unambiguous evidence that problematic, or even measurable, human-caused global warming is occurring. The hypothesis of dangerous man-made climate change is based solely on computerized models that have repeatedly failed in practice in the real world.”

New Zealand-based Terry Dunleavy, ICSC founding chairman and strategic advisor said, "It's important not to waste energy, and to generate it as economically as possible in terms both of cost and depletion of natural resources. Those are the right reasons for mass gestures like Earth Hour. However, it is a mistake to promote such initiatives as 'saving the planet' by reducing emissions of CO2 when so many qualified scientists do not support the hypothesis that man-made CO2 can or does cause dangerous global warming. As the public come to realize that they have been misled about the reasons for Earth Hour, much of the incentive to engage in constructive behaviour will evaporate."

In announcing his support for Earth Hour, United Nations Secretary-General Ban Ki-Moon asserted, “We do so [turning off lights] in solidarity with the men, women and children, 20% of all humankind, who live with no access to electricity.”

“If we are going to demonstrate solidarity with those who lack adequate energy supplies, then we need to really feel what they feel, not just turn off a few lights,” said ICSC energy issues advisor, Bryan Leyland of Auckland, New Zealand. “Earth Hour should be renamed Energy Hour and citizens encouraged to use as little energy as possible for 60 minutes so that they can get a sense of what societies without adequate power are actually like. For this is exactly where we are headed if governments continue to yield to climate activists and try to replace reliable, base load generation with expensive, intermittent and diffuse energy sources such as wind and solar power.”

“Climate campaigners will undoubtedly once again cite the public’s participation in Earth Hour as broad support for combating climate change,” predicted Professor Ole Humlum of the Institute of Geosciences, University of Oslo, Norway and author of the popular climate science Website http://www.climate4you.com/. “Some commentators have therefore suggested using as much energy as possible during the hour to demonstrate opposition to the climate scare. A more constructive approach would be to change the name and stated purpose of the program to one based on the realities of science and the world we actually live in. Energy Hour would stand the test of time. Earth Hour, based on misguided climate change fears, will not.”

For more information about this announcement or ICSC in general, visit http://www.climatescienceinternational.org
Posted by Geoff on March 31, 2012 8 comments: 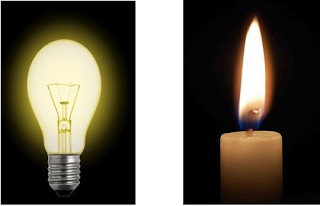 A print-ready copy of this issue of "Carbon Sense" can be downloaded from:
http://carbon-sense.com/wp-content/uploads/2012/03/earth-hour.pdf


Coal not candles should be the symbol of Earth Hour.

It was coal that produced clean electric power which cleared the smog produced by dirty combustion and open fires in big cities like London and Pittsburgh. Much of the third world still suffers choking fumes and smog because they do not have clean electric power and burn wood, cardboard, unwashed coal and cow dung for home heat.

It was coal that saved the forests being felled to fuel the first steam engines and produce charcoal for the first iron smelters.

It was coal that powered the light bulbs and saved the whales being slaughtered for whale oil lamps.

It was coal that produced the steel that replaced shingles on the roof, timber props in the mines, wooden fence posts on the farms and the bark on the old bark hut.

In Australia today, coal provides at least 75% of our lighting, cooking, heating, refrigeration, rail transport and steel. Without it, we would be back in the dark days of candles, wood stoves, chip heaters, open fires, smoky cities, hills bare of trees and streets knee deep in horse manure.

Coal is fossil sunshine as clean as the green plants it came from, and often less damaging to the environment than its green energy alternatives.

We should spend Earth Hour saluting the real people who produce the coal on which most people on earth depend.

The Real Agenda of Earth Hour
"We must make this place an insecure and inhospitable place for Capitalists and their projects – we must reclaim the roads and plowed lands, halt dam construction, tear down existing dams, free shackled rivers, and return to the wilderness millions and tens of millions of acres of presently settled land."

Authorised by Viv Forbes
Posted by Geoff on March 31, 2012 No comments:

Trailer for an interesting new film - An Inconsistent Truth.

The official movie trailer for An Inconsistent Truth. The movie they don't want you to see. Visit http://AnInconsistentTruth.com
Posted by Geoff on March 31, 2012 No comments: