Climate and Floods: Flannery no expert

By Assoc Prof Stewart Franks writing for  The Conversation:

Climate and floods: Flannery is no expert, but neither are the experts 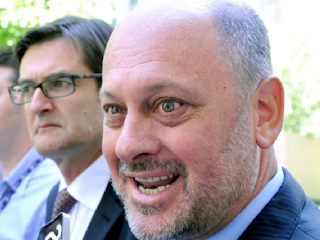 Few Australians can be unaware of yet another summer season where widespread floods are covering large areas of eastern Australia. As with last year’s summer deluge, this year’s rainfall is directly caused by a La Niña event in the Pacific Ocean.


The last few years of excessive rainfall comes after a decade of drought in eastern Australia, especially in the Murray-Darling Basin, Australia’s prime foodbasket. At that time, a strong El Niño over the summer season on 2002-3 led to a marked drop in rainfall. Subsequent years were either classified as neutral or El Niño conditions.


Importantly, the rain that did occur was insufficient to make up the soil moisture deficits and hence break the drought. Significantly, the absence of a rain-bearing La Niña meant that the drought was protracted.


Farmers struggled through very desperate times. The conditions were so bad that Tim Flannery, now Australia’s Chief Climate Commissioner, declared that cities such as Brisbane would never again have dam-filling rains. Rather bizarrely, in 2007 he stated that hotter soils meant that “even the rain that falls isn’t actually going to fill our dams and river systems”.


Fast forward to 2012 and we see widespread drenching rains, flooded towns and cities, and dams full to the brim and overtopping. Indeed, the rainfall that we had last year not only filled Brisbane City’s Wivenhoe Dam water supply storage, but also all of its flood mitigation capacity. The resultant releases of water required to prevent a truly catastrophic dam failure contributed to the inundation of large parts of metropolitan Brisbane.


How is it that Tim Flannery could have got it so spectacularly wrong?
The most obvious factor could well be Flannery’s lack of background in a climate science. He is an academic, however his background is mammalogy – he studied the evolution of mammals. Mammal scholar: Flannery with actor Cate Blanchett, who launched his 2010 book, Here on Earth. She should have launched it Into Space - if it is anything like his very flawed The Weather Makers
AAP/Paul Miller

Flannery obviously has a great interest in climate change and no doubt has read some of the scientific literature and no doubts consults with other climate commissioners. I have no doubt either that he by and large understands what he reads.


The one thing he cannot do without a solid education in climate science is critique what he reads; without the background surely he cannot perceive the underlying and often unstated assumptions associated with what he reads or is told. He is perhaps best described as an amateur enthusiast, in which case I could actually have a little sympathy for him for getting it so wrong. Flooding has struck many regions of eastern Australia. AAP/Mish Browne

However, it turns out that it is not just Flannery that has been making incorrect statements – many supposed experts including prominent commentators from the Bureau of Meteorology and the CSIRO have been making equally incorrect statements. In principle, these people should really know better. Tim at least has an excuse for being wrong.


Immediately following the 2002-3 El Niño and Murray Darling Basin drought, Professor David Karoly authored a report under the auspices of the WWF-Australia. In this he noted that whilst rainfall had been low, the air temperatures had been particularly elevated. This led Karoly to claim that:


The higher temperatures caused a marked increase in evaporation rates, which sped up the loss of soil moisture and the drying of vegetation and watercourses. This is the first drought in Australia where the impact of human-induced global warming can be clearly observed.


While this may sounds intuitively correct, it is wrong. It completely ignores the known science of evapotranspiration and boundary layer meteorology. That is, when soil contains high moisture content, much of the sun’s energy is used in evaporation and consequently there is limited heating of the surface. However, during drought, soil moisture content is low and consequently nearly all of the incoming radiation is converted into heating the surface. The result is that air temperatures rise significantly.


David Karoly, a Professor of Meteorology at Melbourne University, confused cause and effect with regard to the fundamental basics of boundary layer meteorology. Obviously, Tim Flannery without the background in meteorology had no way of knowing just how incorrect this simple sounding mechanism was. Other prominent commentators on climate change have also fallen into the same trap. Dr David Jones is the Head of Climate Monitoring and Prediction Services at the Bureau of Meteorology. He stated that, “Of course, the drought has not been helped by rising temperatures, which have increased losses through evaporation,” and, “It is very difficult to make a case that this is just simply a run of bad luck driven by a natural cycle and that a return to more normal rainfall is inevitable, as some would hope.” In an interview with the Sydney Morning Herald, Dr Jones mused that “Perhaps we should call it our new climate.”


A similar line was adopted by another Bureau climatologist, Dr Bertrand Timbal, who has been quoted as saying “In the minds of a lot of people, the rainfall we had in the 1950s, 1960s and 1970s was a benchmark … But we are just not going to have that sort of good rain again as long as the system is warming up.”


So when Tim Flannery cites the hotter soils as leading to less runoff into our dams and reservoirs, he was not alone in misunderstanding the physics of climate, or in speculating about the role of CO₂ in causing the drought. This does however beg the question, why did we see such a prolonged drought followed by such widespread flooding? Thousands of people have been evacuated from Wagga Wagga this week. AAP/Lukas Koch

The answer lies in the nature of El Niño and La Niña events. These events are not random, but actually occur in decadal to multi-decadal (20-40 year) clusters, associated with a long-term climate mode known as the Pacific Decadal Oscillation or PDO (sometimes known as the Interdecadal Pacific Oscillation, IPO).


Between 1945 and 1975, we had a predominance of hard-hitting La Niña events, causing the widespread rainfalls referred to by Dr Timbal above. From 1975, the PDO changed state and El Niño became far more frequent with relatively few recharging La Niña events. The Murray-Darling drought was so protracted because we were in this PDO period where El Niño events predominated, bringing deficit rainfall to eastern Australia. The nine-year absence of a substantial La Niña event meant that the deficits carried over from one year to the next.


Recent observations indicate that the PDO has now reverted to its alternate state whereby La Niña events predominate. Moreover, their impact on eastern Australia is enhanced.


Consequently, it should be of no surprise that we are now witnessing rainfall and flood events of a magnitude last seen in the period between 1950 and 1974. If the observed history of ENSO and Australian flood risk is any guide to the future, then we might expect further La Niña for the next decade or so.


The mistake that Tim Flannery, as well as the numerous expert commentators made, was that they confused climate variability for climate change. The future impact of climate change is very uncertain, but when one “wants to believe”, then it is all too easy to get sucked in and to get it spectacularly wrong.

This article was originally published at The Conversation.
Read the original article.