The data show 10 years without warming 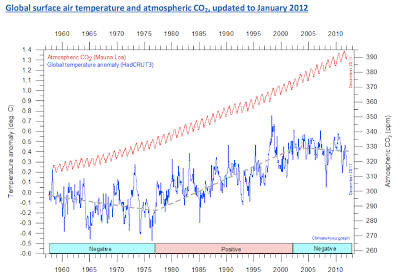 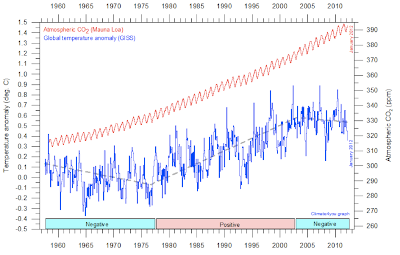 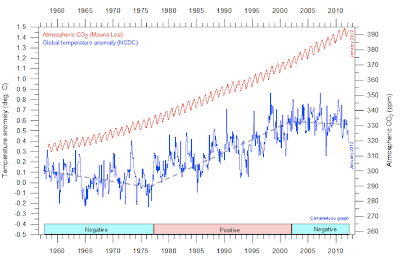 From Professor Ole Humlum's Climate4You site - LINK
The political (not scientific) body, The Intergovernmental Panel on Climate Change (IPCC) has reported that temperature changes over the last century are:
Whilst atmospheric CO2 continues on the rise (including the 3% contribution from man-made C02 emissions,) global warming has fallen for the last 10 years.

As Nobel Laureate in Physics Richard Feynman, speaking at Cornell University in 1964, said - the guess is wrong. The AGW hypothesis has been falsified. Game, Set and Match.
Posted by Geoff on February 20, 2012 No comments: