Warwick Hughes, an Australian scientist, has been researching climate matters since 1990. He has written his own journey HERE. His research led to him creating his Errors  in IPCC climate science site HERE.

Part of his research led him to ask CRU's Phil Jones about the "+/- 0.2°C" in the statement


Jones and Wigley, however, weren't specific about what was done to which station in order to produce their record, which, according to the IPCC, showed a warming of 0.6° +/- 0.2°C in the 20th century, so he politely wrote Phil Jones in early 2005, asking for the original data. Jones's response to a fellow scientist attempting to replicate his work was, "We have 25 years or so invested in the work. Why should I make the data available to you, when your aim is to try and find something wrong with it?"

Reread that statement, for it is breathtaking in its anti-scientific thrust. In fact, the entire purpose of replication is to "try and find something wrong." The ultimate objective of science is to do things so well that, indeed, nothing is wrong. (Link in Appendix II)

The Climategate fought against FOIA orders to release their data. This week, a court ruled against Jones as reported by Andrew Orlowski on  the Register. (link) As the Christian Response reported


"The arrogant “climate scientists” who run the Climatic Research Unit at the University of East Anglia were handed a defeat last week by a British Freedom of Information Act Tribunal. The case involves CRU director Phil Jones who has used every excuse imaginable to keep from answering legal FOIA requests for his climate research data."


A landmark FOIA ruling last week will have far-reaching consequences for how public servants interpret their Freedom of Information obligations. Specifically, public servants cannot delete local copies of a file on their PC and then use its absence as an excuse not to disclose the file - if a backup copy exists on the organisation's systems. In other words: backup servers must be searched for FOIA requests.
The FOIA Tribunal heard the case last December and made its judgement last week. The case was brought by Dr Don Keiller, deputy head of Life Sciences at Ruskin University, Cambridge, against the University of East Anglia's Climatic Research Unit (CRU), the academics at the centre of the 'Climategate' scandals.

CRU's director Phil Jones had earlier shared raw data freely, allowing other scientists to replicate their work, which includes the HADCRUT processed global temperature series. The data was gained by CRU from several sources, including national weather services (NMSs in the jargon).

Read the story at The Register.


In the first batch of Climategate emails, which cover a period to late 2009, we find Jones vowing to "hide behind" loopholes in FOIA legislation, advising colleagues to delete emails. In an email to the Met Office's Jean Palutikof, Jones explained, in discussing a FOIA request from David Holland that, "Keith and Tim have moved all their emails from all the named people off their PCs and they are all on a memory stick." 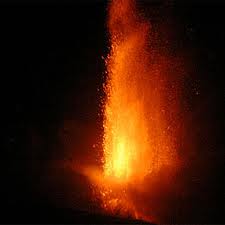 University of Colorado Gifford Miller and colleagues suggests that volcanic eruptions triggered the multiple-century cool spell known as the Little Ice Age, and pinpoints the start of the climate shift to the final decades of the 13th century.

A press release from the American Geophysical Union (link) announced the new paper.


According to the new study, the Little Ice Age began abruptly between 1275 and 1300 A.D., triggered by repeated, explosive volcanism and sustained by a self-perpetuating sea ice-ocean feedback in the North Atlantic Ocean. The primary evidence comes from radiocarbon dates from dead vegetation emerging from rapidly melting icecaps on Baffin Island, combined with ice and sediment core data from the poles and Iceland, and from sea-ice climate model simulations, said Gifford Miller, who led the study.

During the cool spell, advancing glaciers in mountain valleys in northern Europe destroyed towns. Famous paintings from the period depict people ice-skating on the Thames River in London and canals in the Netherlands, places that were ice-free before and after the Little Ice Age. There is evidence also that the Little Ice Age affected places far from Europe, including South America and China.

While scientific estimates regarding the onset of the Little Ice Age extend from the 13th century to the 16th century, there has been little consensus, said Miller. “The dominant way scientists have defined the little Ice Age is by the expansion of big valley glaciers in the Alps and in Norway,” said Miller. “But the time in which European glaciers advanced far enough to demolish villages would have been long after the onset of the cold period,” said Miller, a Fellow at his university’s Institute of Arctic and Alpine Research.

Most scientists think the Little Ice Age was caused either by decreased summer solar radiation, erupting volcanoes that cooled the planet by ejecting shiny aerosol particles that reflected sunlight back into space, or a combination of both, said Miller.

The new study suggests that the onset of the little Ice Age was caused by an unusual, 50-year-long episode of four massive tropical volcanic eruptions. Climate models used in the new study showed that the persistence of cold summers following the eruptions is best explained by sea-ice ocean feedbacks originating in the North Atlantic Ocean.

“This is the first time anyone has clearly identified the specific onset of the cold times marking the start of the Little Ice Age,” said Miller. “We also have provided an understandable climate feedback system that explains how this cold period could be sustained for a long period of time. If the climate system is hit again and again by cold conditions over a relatively short period — in this case, from volcanic eruptions — there appears to be a cumulative cooling effect.”