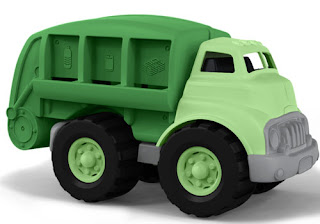 Why should Consumers and Tax Payers keep Funding
Green Toys for Rich People?

A print-ready copy of this issue of "Carbon Sense" can be downloaded from:
http://carbon-sense.com/wp-content/uploads/2012/01/green-toys.pdf
The Climate Scare/Green Energy Bubble will be the defining feature of our age. Never before have so many people wasted so much money and time on climate fables, alarmist handouts and energy toys.

The guilty parties will never admit their foolishness, and the vested interests will fight to keep their privileges, so we will have to fight every inch of the way. They will have to be removed.

But reality and public opinion are on our side. We just need to keep illustrating and lampooning the cost of this foolishness. And keep Tony Abbott to his promise to:

AXE THE CARBON TAX.Please help us by passing this on.

It is time to end all government promotion and subsidies for electric cars which are just the latest green fad, as costly and impractical as most other green fads.

Electricity is not a primary source of energy – it is a way of transmitting energy from primary sources or storages to electric applications and machines. In Australia, 93% of electricity is generated from carbon fuels, 77% from coal. This will not change dramatically in the near future.

Therefore most electric cars in Australia will run on coal power. Such vehicles will produce more carbon dioxide per kilometre than the petrol/diesel cars they replace. They do not reduce carbon dioxide emissions, even if that mattered. They increase emissions and move them somewhere else.

All vehicles need a method of storing energy while travelling between resupply stations. For cars and trucks, diesel petrol and gas provide highly concentrated energy in a form that can be conveniently stored in simple fuel tanks.

Electric cars need heavy batteries which are costly and have low energy storage capacity. They are so limited in range that most are supplied as petrol/electric hybrids – these are heavier, more costly and more complex than our current car fleet. Hybrids run mainly on petrol power, and they need two energy storage tanks – a petrol tank for the combustion motor, and a big battery for the electric motor.

Electric cars will also need a whole new industry to build and service the cars and supply their power outlets. Add to that the cost of scrapping an enormous industry of assets and skills built up around our current vehicle fleet.

And who is going to build the massive extra generating capacity needed to charge thousands of electric cars at 6pm every night, just as millions of stoves start to cook dinner?

The green fantasy is that electric car batteries can be recharged by solar cells on your house roof. Will this work? Yes, after a just few days plugged into the solar panel, the cute green car may be ready for a trip to the local shops.

Electric cars can have no effect on global climate – they are another example of costly green tokenism. They are rich men's toys.

Those who want them, not electricity consumers or tax payers, should pay for them.

Electric Cars – technology of the Past?
"In the year 1900, 38% of vehicles in the US were electric, and another 40% were steam powered; only 22% used gasoline. There was even a fleet of electric taxis in New York City."

"The growing use of the electric automobile, with its many advantages of simplicity, ease of operation and noiselessness, has resulted in a demand for some means of conveniently charging the batteries."

While that quote sounds like part of a pitch for a modern GE battery charger, in fact it’s taken directly from GE’s Bulletin No. 4772, published 100 years ago in September, 1910.

GE made electric cars from 1904 – 1920's. An electric car powered with a Bailey electric New Edison battery participated in the 1000 mile endurance run in the early 1900's.

But they could not compete with Ford's Model T and all the other internal combustion engines – they were cheaper, more reliable and could go further on a tank of fuel. Consumers deserted the electric cars. The same factors apply today.
See:  http://knol.google.com/k/detroit-electric-vintage-electric-car#

Feedback from a Canadian Reader (Reported in Canada Free Press).
A simple comparison demonstrates the point, namely the energy density per weight unit of the energy storage systems. For gasoline or diesel, the energy density is approximately fifty times higher than for any current type of battery.
Posted by: Klaus Kaiser Author of "Convenient Myths" the green revolution - perceptions, politics, and facts.
Visit: http://www.convenientmyths.com

Electric Cars and City Pollution
Burning large quantities of coal, wood, gas, diesel or petrol in crowded cities is not a good idea – it reduces the oxygen content in congested downtown areas and produces suffocating and sometimes poisonous exhaust fumes. These are all easily dispersed in country areas but do reduce air quality in big cities.

Electricity has a long history of cleaning up city smog. "Clean Coal by Wire" and the banning of open combustion in cities such as London and Pittsburgh removed the smog.

Modern cars and trucks are continually improving their pollution control equipment. Electric cars may improve air quality in big cities, but with heavy cost and poor performance. Electric cars may make sense in Singapore but not in Alice Springs. Car owners and city authorities should make decisions on the trade-offs and they, not tax payers or other consumers, should pay for the costs of their actions.


The Shocking Truth about Electric Cars
"Consumers simply won’t pay a $20,000 premium for a vehicle that doesn’t go very far, isn’t very convenient, and runs out of juice as soon as you turn on the air conditioner."
See:    http://www.theglobeandmail.com/news/opinions/opinion/the-shocking-truth-about-electric-cars/article2149465/

How many people bought a Toyota Prius hybrid car in China last year?
For the answer see: http://www.topgear.com/uk/car-news/toyota-prius-china-sales-2011-08-23


Green Energy Is a Financial Parasite – Casey Research
Any politician who talks of a green, utopian US – where wind and solar produce most of our energy, electric cars put power back into the grid, green fields of corn produce clean fuels, and millions of Americans work in green technology factories – is creating a fanciful vision so far detached from reality it should really be called a lie.

A small sampling of recent reports and coverage.