TCS blog keeps hearing of predictions of a North Pole free of sea ice. Some predictions:

Those estimates far exceed even the direst predictions of climate scientists and set the room abuzz. The most often cited figure and the one used by the Intergovernmental Panel on Climate Change (IPCC) warns of a loss of sea ice by 2030.

"It is hard to capture the astonishment that the experts in the science of ice felt when they saw this," Gore said.
Not only were the ‘experts in the science of ice’ astonished, so too was Dr. Maslowski of the US Naval Postgraduate School, the scientist whose models supposedly came up with the five to seven year figure.
Maslowski told the UK Times, “It’s unclear to me how this figure was arrived at. I would never try to estimate likelihood at anything as exact as this.”
Other climate scientists and ice experts immediately disavowed Gore’s claims

New research from Cambridge University predicts that the North Pole could be ice-free in just a few years' time, all gone by the summer of 2015, according to various news reports this week.

Arctic sea ice could completely melt away by the summer of 2015, destroying the natural habitat of animals like polar bears, one of Britain's leading ocean experts has claimed.

A well educated friend keeps saying that this is evidence that the planet is warming. However the data from NCDC, NASA:GISS and Hadley CRUT all show that warming has stalled for around ten years.
See the Hadley graph here. So why is the sea ice melting?


Rapid Rebound Brings Ice Back to Levels from the 1980s.


An abnormally cool Arctic is seeing dramatic changes to ice levels.  In sharp contrast to the rapid melting seen last year, the amount of global sea ice has rebounded sharply and is now growing rapidly. The total amount of ice, which set a record low value last year, grew in October at the fastest pace since record-keeping began in 1979.


The Washington Times in 2010 reported:


An Inconvenient Truth: The Ice Cap Is Growing

A report from the US National Snow and Ice Data Center in Colorado finds that Arctic summer sea ice has increased by 409,000 square miles, or 26 per cent, since 2007. But didn't we hear from the same Center that the North Pole was set to disappear by now? We all deserve apologies from the global warming fanatics who wanted to reshape the world in their image and called those who objected to their wild theories ignorant deniers. They were so convinced the world was ending and only they could save it, yet now they have been exposed as at best wildly idealistic and at worst frauds.

And now this week, in the Anchorage Daily News we read:

Southward extension is farthest over the past 20 years.
By MICHELLE THERIAULT BOOTS
Published: January 26th, 2012 02:23 PM
Sea ice is encroaching unusually early on the central Bering Sea, threatening to grind Alaska's economically important snow crab fishery to a halt at the peak of the season, leaving crabbers facing major losses.
Earlier-than-expected ice is moving south over prime crabbing grounds, forcing boats away from their catch and putting millions of dollars of equipment in jeopardy.

So who are we to believe? Is it scientists needing further research grants? Or is it the fishermen whose income whose income is threatened?

Several days ago this blog posted an item re an Op-ed piece in  the Wall Street Journal signed by sixteen scientists. A quote: "Perhaps the most inconvenient fact is the lack of global warming for well over 10 years now. " See here.

Canadian Journalist, Donna Laframboise,  who penned The Delinquent Teenager - an exposee of the Intergovernmental Panel on Climate Change, has contrasted the Wall Street Journal piece with a piece in the Alarmist UK newspaper The Guardian. 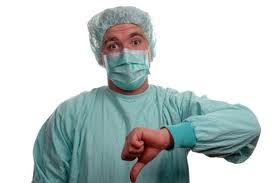 Exhibit B is, therefore, a case study in bullying. It is a disturbing example of medical professionals targeting those who express opinions contrary to their own.

According to these people (none of whom appears to have participated in hands-on, hard-core climate research), climate change is "the biggest global health threat of the 21st century." How do they know this? Because, back in 2009, one of the publications they happen to be in charge of - Richard Horton's The Lancet - said so.

How's that for circular reasoning? A proposition is true because my own publication has declared it to be true. But it gets worse. Here's what these people say next:

In one case we have scientists discussing  from their field of expertise, climate science.


They insist that this science is not clear-cut, that profound uncertainties remain.

Should we believe them? Or should the views of people who are expert in a totally different field - that of medicine - prevail?