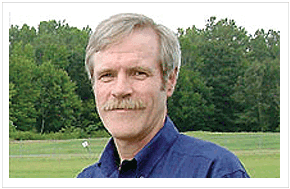 John R. Christy is a climate scientist at the University of Alabama in Huntsville (UAH) whose chief interests are satellite remote sensing of global climate and global climate change. He is best known, jointly with Roy Spencer, for the first successful development of a satellite temperature record.

John Christy has served as a Lead Author and Contributing Author of IPCC assessments, have been awarded NASA’s Medal for Exceptional Scientific Achievement and in 2002 elected a Fellow of the American Meteorological Society.


John gave a witness testimony to the US Senate Environment and Public Works Committee.

Some extracts from his testimony:

4. Widely publicized consensus reports by “thousands” of scientists are misrepresentative of climate science, containing overstated confidence in their assertions of high climate sensitivity. They rarely represent the range of scientific opinion that attends our relatively murky field of climate research. Funding resources are recommended for “Red Teams” of credentialed, independent investigators, who already study low climate sensitivity and the role of natural variability. Policymakers need to be aware of the full range of scientific views, especially when it appears that one-sided-science is the basis for promoting significant increases to the cost of energy for the citizens.

5. Atmospheric CO2 is food for plants which means it is food for people and animals. More CO2 generally means more food for all. Today, affordable carbon-based energy is a key component for lifting people out of crippling poverty. Rising CO2 emissions are, therefore, one indication of poverty-reduction which gives hope for those now living in a marginal existence without basic needs brought by electrification, transportation and industry. Additionally, modern, carbon-based energy reduces the need for deforestation and alleviates other environmental problems such as water and air pollution. Until affordable energy is developed from non-carbon sources, the world will continue to use carbon as the main energy source as it does today.