It all started when Dick Smith took a swipe at Rupert Murdoch. A couple of points where he is wrong, one dangerously so.


Entrepreneur Dick Smith has launched a stinging attack on News Corp and Kim Williams, the head of its local operations, News Ltd, branding the media organisation's campaign against proposed media reforms as hypocritical.

Mr Smith said News Ltd's claim that proposed media regulations would curtail freedom of speech was "claptrap" because his papers and organisation regularly censored any criticism of it.

In the letter, Mr Smith, who is a vocal supporter of the need to act on climate change, said that it was in News's commercial interests to oppose the idea that people were responsible for the rise in global temperatures.

"And I'm on to you. When friends ask me why your organisation runs such opposing views on climate change – from Fox News's claims that it's all bunkum to The Australian newspaper occasionally claiming it's accepted science - I am able to say: 'It's simple,'" he writes.

"It's all about making more money. They have worked out they will get more advertising and make more money on Fox News if climate change is debunked using sensationalism while they are likely to get greater circulation and more advertising dollars if The Australian shows a different view, so staff are directed accordingly."

First, let's address the idea that "proposed media regulations would curtail freedom of speech was "claptrap."

Having worked under the Soviet Regime and having seen that regime's censorship of media, we have to be very afraid of the censorship proposed by the Finkelstein report.


The Gillard government is also considering a government-funded super-regulator for the media that would impose what politicians consider to be ‘balance’ and ‘fairness’. This anti-democratic idea would allow the government to select those who are supposed to be holding them to account. It comes from the Finkelstein Inquiry recommendations that are an attack on freedom of speech and a free press.

Finkelstein’s proposals included awarding a new government regulator the power to censor news by forcing media outlets to remove material from the internet. They would apply not just to major news outlets but also magazines and even blogs. Membership of the regulator would be compulsory – amounting to licensing of newspapers by stealth. And there’s only one reason why a government would give a newspaper a license to print news – so that the government can take it away again.

The Left takes this seriously. Enemies of freedom of speech have already bombarded politicians with demands to regulate the media until it becomes more compliant to their agenda. And they’ve bombarded private media companies with demands to block prospective owners who have the ‘wrong views’.

Mr Smith's second point is his belief that people are responsible for the rise in global temperatures. 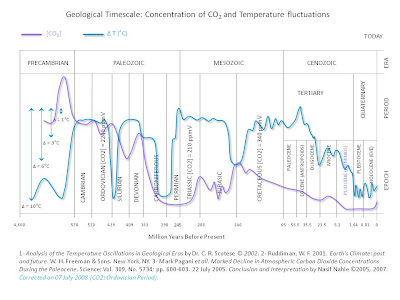 But isn't it modern industrial usage of carbon fuels that are warming the atmosphere?

All the major bodies agree that although CO2 continues to rise, temperature is falling. Below Britain's HadleyCRUT and US's NASA:GISS (Graphs from Professor Ole Humlum's Climate4You - LINK.) 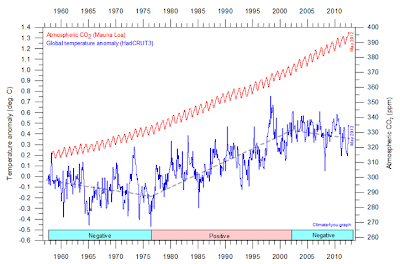 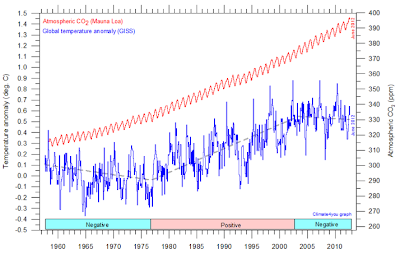 So Dick, do some of your useful work like promoting Australia's food products. Don't worry about News Limited being one of the few sources in the media willing to print the truth about  the hoax of man-made climate change; and don't be taken in by the alarmists pushing the man made climate change hoax.