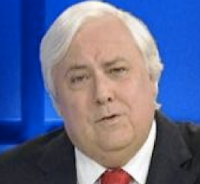 Mining Magnate Clive Palmer says he'll be mounting a High Court challenge against the Government's carbon tax on the grounds the legislation is unconstitutional.

Previously WA Premier Colin Barnett had said that the Federal Government could find itself in constitutional trouble over the mining tax. From Perth Now - July 2010.

One of the mining magnates now is challenging the carbon (dioxide) tax.


CLIVE Palmer has declared he is not a "frivolous" litigant as the Gillard government blasted the billionaire miner, saying his threatened High Court carbon tax challenge showed he had "more money than sense".
Climate Change Minister Greg Combet said litigation was one of Mr Palmer's "hobbies", and the carbon tax was constitutionally sound.
But the Mineralogy boss and Queensland Nickel director said he was serious about the challenge, and was unconcerned over how long or how costly the case became.

The Sydney Morning Herald reports that Tony Abbott also thinks the tax may be unconstitutional.


Opposition Leader Tony Abbott says the federal government's carbon tax may be unconstitutional.
Mr Abbott was responding to Queensland mining magnate Clive Palmer's planned High Court challenge against the tax.
"I certainly think that there are some constitutional issues," he told Fairfax Radio on Thursday.