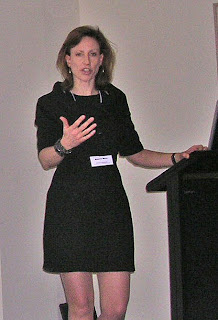 Jo Nova wrote a piece critically analysing "Paul Biegler's some words of wisdom in The Age" and one of the comment referred to a Sydney Morning Herald essay.

December 23, 2011 at 5:02 pm · Reply
This article in the Sydney Morning Herald to-day is just as erroneous and ill-informed.

“No turning back to the dark ages” by Trevor Danos.


A quote: ” …where modelling can challenge consensus.” ??? – Are not we told that ‘modelling is the consensus.’

Another quote: “The opinions of Lord Monckton and the radio shock jocks might be loud but they are ill-informed, grossly biased and at odds with the weight of science.”  !!!!

Funny that Danos says that he admires  Galileo who was in a similar position to the sceptics. As you know, Galileo believed in the Sun being the centre of Earth's orbit when the prevailing incorrect theory was that all the planets and the Sun were in orbit around the Earth. He was made to recant and was held under house arrest for the remainder of his life.

He says "we learn to admire the rational, objective methodology of science together with science's other virtues - an open mind to new ideas, a rejection of dogma and authoritarianism, a correction of error without concealment and an encouragement of collective action and collaboration."

He says: "Empirical studies are being openly and shrilly derided." Ferenc Miskolczi's peer-reviewed papers come to mind and the shrill derision they have brought including The Australian Government who HERE on their website said; "Miskolczi’s paper was not published in a high impact peer-reviewed journal."

First, science has lost some of its purity and has become conflated (and confused) with technology or philosophy or both. This situation is further aggravated when scientists enter policy debates and write policies for governments.

He has hit the nail on the head here. The problem with the Climategate CRU is that they have been messing in politics.

Finally, there have been regrettable instances of scientific fraud or scientists not conducting themselves with integrity.
We need no more proof of that than the Climategate e-mails.

The catastrophe of the climate change debates is that the community of science researchers has reached consensus......

As Josh puts it so well,  in his balloon cartoon, consensus has degenerated into CON.


Read more at the Sydney Morning Herald.
Posted by Geoff on December 24, 2011 2 comments:

Who's got a beard that's long and white? Must be Santa.