IPCC Wrong Again - How many is that now?

Background
Climate in the Southeast Pacific (SEP) near the coast of Peru and Chile, in the words of the authors, "is controlled by complex upper-ocean, marine boundary layer and land processes and their interactions," and they say that variations in this system have "significant impacts on global climate," citing Ma et al. (1996), Miller (1977), Gordon et al. (2000) and Xie (2004). However, they write that "it is well known that coupled atmosphere-ocean general circulation models tend to have systematic errors in the SEP region, including a warm bias in sea surface temperature and too little cloud cover," as demonstrated by Mechoso et al. (1995), Ma et al. (1996), Gordon et al. (2000), McAvaney et al. (2001), Kiehl and Gent (2004), Large and Danabasoglu (2006), Wittenberg et al. (2006) and Lin (2007). And even though these biases have what they call "important impacts" on the simulation of earth's radiation budget and climate sensitivity, they say that "it is still uncertain" whether a similar bias is evident in most state-of-the-art coupled general circulation models [CGCMs] and to what extent the sea surface temperature [SST] biases are model dependent."

What it means
With such yet-unresolved problems associated with nearly all of the CGCMs that were employed in the preparation of the IPCC's AR4 Report and that pertain to processes that are said to have important impacts on earth's climate sensitivity, it is no wonder that the projections of those models are greeted with a solid dose of skepticism by those who realize that it is the height of folly to use the output of such imperfect models as the reason for wanting to entirely restructure the way mankind acquires the energy that makes possible our current level of industrial and technological development.

Questions for a recalcitrant Prime Minister. 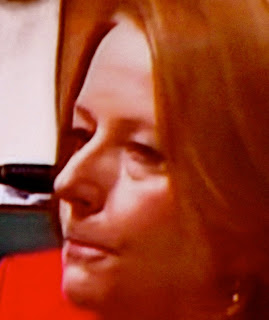 The Prime Minister has laughed about it with that faked laugh of hers, but never has she answered what has become known as "The Andrew Bolt Question:" How much will the carbon tax reduce global temperatures?

On WorldNetDaily Leighton Steward has a few more questions that should be answered by our recalcitrant Prime Minister and her Green Gillard Government Gang; the gang that are forcing an unwanted carbon (dioxide) tax on Australia.

Leighton's questions:
Surely just a little to ask before introducing a tax that will hurt Australia's economy. Canada has worked out that a Kyoto commitment will be a large hit their economy:


Ottawa's decision to opt out of Kyoto - which it labelled an "impediment" to effective global action - means it won't be slugged $14 billion in penalties for not achieving its 2012 emission reduction targets.


Well, climate change is a very difficult problem and of course the science is telling us that we need to make significant cuts in greenhouse gas emissions and that is why, of course, Australia has legislated its carbon price mechanism so that we can make cuts in our emissions at least cost to our economy and at least cost to households.

The Science is telling us, Greg? What science? Can you answer the above 8 questions? Can you at least answer question 1:


Can you produce a single legitimate example of empirical evidence to support the man-made global-warming hypothesis?

Albert Einstein once said, “No amount of experimentation can ever prove me right; a single experiment can prove me wrong.” A hypothesis only has to be falsified once! The man-made global warming hypothesis has been falsified number of times.
Posted by Geoff on December 15, 2011 No comments: