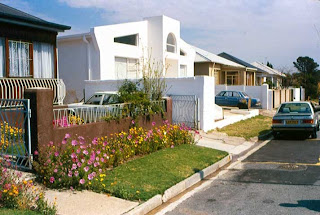 From Hockey Shtick:
A paper published today in Environmental Research Letters examines a 71 year history of seasonally frozen ground changes in Eurasia. The paper finds freeze depths decreased (indicative of warming) between the late 1960's to early 1990's, but that "from that point forward, likely through at least 2008, no change is evident." The paper finds the observed changes linked to the North Atlantic Oscillation (NAO), a natural climate cycle, rather than the uncorrelated steady rise in 'greenhouse gases.'


ABSTRACT
In recent decades, significant changes have occurred in high-latitude areas, particularly to the cryosphere. Sea ice extent and thickness have declined. In land areas, glaciers and ice sheets are experiencing negative mass balance changes, and there is substantial regional snow cover variability. Subsurface changes are also occurring in northern soils. This study focuses on these changes in the soil thermal regime, specifically the seasonally frozen ground region of Eurasia. We use a database of soil temperatures at 423 stations and estimate the maximum annual soil freezing depth at the 387 sites located on seasonally frozen ground. Evaluating seasonal freeze depth at these sites for 1930–2000 reveals a statistically significant trend of −4.5 cm/decade and a net change of −31.9 cm. Interdecadal variability is also evident such that there was no trend until the late 1960s, after which seasonal freeze depths decreased significantly until the early 1990s. From that point forward, likely through at least 2008, no change is evident. These changes in the soil thermal regime are most closely linked with the freezing index, but also mean annual air temperatures and snow depth. Antecedent conditions from the previous warm season do not appear to play a large role in affecting the subsequent cold season's seasonal freeze depths. The strong decrease in seasonal freeze depths during the 1970s to 1990s was likely the result of strong atmospheric forcing from the North Atlantic Oscillation during that time period.