At Durban COP17, Lord Christopher Monckton and CFACT director Craig Rucker with Climate Depot's Marc Morano jump into history to tell the world that the science is not settled; there is no consensus.
Posted by Geoff on December 07, 2011 No comments:

Donna Laframboise reveals that Pachauri once again has gone outside the supposed impartiality of his role as the IPCC head and is an advocate for the green campaign.


But here's the part in the press release that makes my main point:

Dr. RK Pachauri, Chancellor, TERI University had a special video-recorded message for the participants encouraging them to be the torch bearers of the green campaign. [bold in the original, italics added]

This press release was issued by an educational institution that Pachauri heads. It reveals that, during his day job, Pachauri encourages people to be green torch bearers.

Since this man also chairs the IPCC - a body that is supposed to be impartial with respect to environmental questions - this is totally improper.

The IPCC, therefore, is not a scientific organization. It is not committed to keeping an open mind.

Rather, for the past decade it has been led by someone who is busily raising the next generation of green torch bearers. 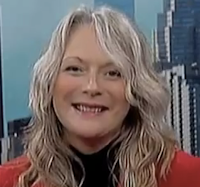