Presenting the antithesis to Al Gore’s An Inconvenient Truth, college professor Larry Bell describes the global warming crisis as something that was manufactured for political gain.
“The climate issue is one of politics, not of science,” Bell said.
Author of Climate of Corruption: Politics and Power Behind the Global Warming Hoax, Bell was the opening speaker Thursday for the Palm Beach Round Table’s 2011-12 season.

Contrast this with the Oregon Museum of Science and Industry who cancelled a presentation by the Oregon's chapter of the American Meteorological Society at the last minute. (Oregonlive.com report by Scott Learn)


Steve Pierce, president of the Oregon chapter, emailed a response late Monday: "The Oregon Chapter of the American Meteorological Society is disappointed that the
November 29th meeting on global warming will not continue as originally planned. While we understand that OMSI has reservations related to our meeting's  topic on global warming, our chapter has not taken a stance on this issue."

Gordon Fulks, a local physicist, was one of the scheduled speakers. He said the society tried to round up speakers with opposing viewpoints to join the panel, but they refused.

The presentation would have come with disclaimers beforehand that neither OMSI nor the American Meteorological Society endorsed the panel's view, Fulks said.

For what it's worth, Spero News reports that 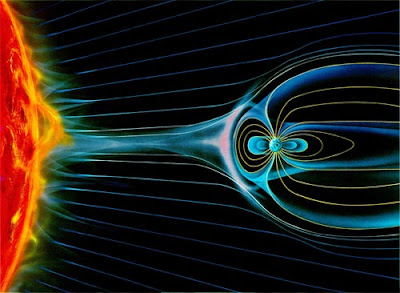 Scientists understand that Earth's magnetic field has flipped its polarity many times over the millennia. In other words, if you were alive about 800,000 years ago, and facing what we call north with a magnetic compass in your hand, the needle would point to 'south.' This is because a magnetic compass is calibrated based on Earth's poles. The N-S markings of a compass would be 180 degrees wrong if the polarity of today's magnetic field were reversed. Many doomsday theorists have tried to take this natural geological occurrence and suggest it could lead to Earth's destruction. But would there be any dramatic effects?

The answer, from the geologic and fossil records we have from hundreds of past magnetic polarity reversals, seems to be 'no.'

Reversals are the rule, not the exception. Earth has settled in the last 20 million years into a pattern of a pole reversal about every 200,000 to 300,000 years, although it has been more than twice that long since the last reversal. A reversal happens over hundreds or thousands of years, and it is not exactly a clean back flip. Magnetic fields morph and push and pull at one another, with multiple poles emerging at odd latitudes throughout the process. 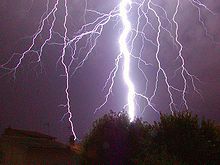 A print-ready copy of this issue of "Carbon Sense" can be downloaded from: http://carbon-sense.com/wp-content/uploads/2011/12/bad-stuff-happens.pdf


The long war for carbon sense continues.
Persistence is our secret weapon.
Please pass this on.

But the warming refused to appear as fast as the models predicted, so it became “climate change”.

But people were not stupid and soon were saying “but climate always changes”.

So now the climate scare industry is focussing on “extreme weather events”, and naturally they still claim these are caused by man-made carbon dioxide.

Timed beautifully for the meeting of the climatists in Durban, the UN IPCC has outdone themselves in forecasting extreme weather events – "weather on steroids". Determined to scare up a consensus in Durban, this weather scare is sprinkled with warnings of "diluvian rains", and droughts, cyclones, heat-waves of such magnitude or frequency that "settlement in some areas could be wiped out" and "some areas will become increasingly marginal as places to live" and "it is possible that many residents will have to relocate.''

Maybe they should be reminded that extreme weather events have been occurring as far back as earth history has been recorded. Here is a listing of "extreme events" over 1900 years, prepared by James Marusek:
Check them out here: http://www.breadandbutterscience.com/Weather.pdf

Here is another list of droughts, fires, floods and disappearing or growing ice.  It starts with a record of sea floods that drowned 100,000 people in Holland in 1481.
See: http://www.c3headlines.com/bad-stuff-happens.html

Maybe "extreme weather events" are "normal" here on earth and man has very little to do with most of them. Someone needs to tell the pampered pontificators of the IPCC: "Bad Stuff Happens– get used to it, make appropriate preparations – you are not going to stop it."


A comment on extreme weather from the Soviet era:


"Soviet farm production was down again because of the
23rd consecutive year of unusual drought."
Posted by Geoff on December 06, 2011 No comments: