A Time for ACTION 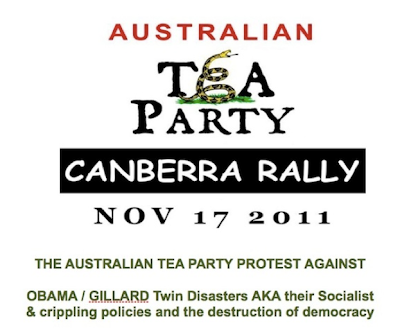 For More Details - see A Time for Action


This rally will be followed by: 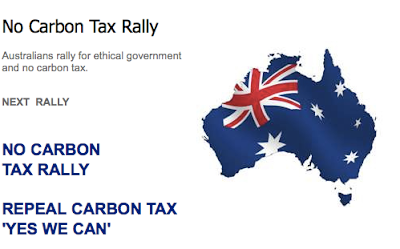 US President Obama will address the Parliament.
Thursday 17th November 2011 at 12 Midday
Parliament House, Canberra
See Details Here!
Please write to your local MP as a follow up to the rally.
Posted by Geoff on November 07, 2011 No comments:

Now government agencies that depend on radar -- such as the Department of Defense and the National Weather Service -- are spending millions in a scramble to preserve their detection capabilities. A four-star Air Force general recently spelled out the problem to Dave Beloite, the director of the Department of Defense’s Energy Siting Clearinghouse.
"Look there’s a radar here -- one of our network of Homeland surveillance radars -- and [if you build this wind farm] you essentially are going to put my eyes out in the Northwestern corner of the United States,” Beloite related during a web conference in April.
Spinning wind turbines make it hard to detect incoming planes. To avoid that problem, military officials have blocked wind farm construction near their radars -- and in some cases later allowed them after politicians protested. 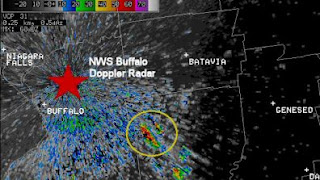 “You just tell the radar processor, ‘you're going to have clutter here. Don't display it.’ You create a tiny blank spot [in the radar map] directly above the turbine,” Beloite told FoxNews.com.

The weather forecasters are also having a problem with  their radar readings. Ed Ciardi from the (US) National Weather Service Radar Operations Center told Fox News:
"It's a lot easier to filter out interference for aviation. The real problem is when rain and the wind turbines are mixed together [on the radar map.] And it's all confusing… sometimes [forecasters] throw up their hands and say, ‘who knows? When the situation is unclear, they'll play it safe and maybe extend a warning.”

Other Studies on Radar Interference include


3.3 Other Findings
The United States’ long range radar infrastructure is aging and inflexi- ble. Perimeter radar systems are typically the ARSR-4, which was designed in the early 1990’s. The radars in the interior of the United States are much older. Approximately 80% of the radars are a late 1950’s design that was upgraded in the early 1980’s; the rest were designed in the early 1970’s. In contrast, computing speed has increased 600 fold since the early 1990s. We were told by an independent radar expert (M. Tuley, private communication) that even if the radar beam were physically modified to prevent direct line of site with a wind farm, the processing is often hard wired, and unchangeable for older systems. Unfortunately, some air-security radars are stuck with outdated and inflexible processing capabilities, far less than those of a cur- rent laptop computer. Any radar update program should strive to enable the radar to connect to modern computing power, with processors that are easily replaced as computing power continues on its exponential growth curve. Such development will allow flexible evolution of backend signal processing and mitigation algorithms. The limited capability and lack of flexibility in long range primary radar is a national security issue.
1.3 Impact on Radar Systems
The effect of wind turbines on radar systems is not easy to determine. If a wind farm is in direct line of sight to radar it may have a detrimental effect upon radar performance, as the rotating blades can be a source of interference. Where wind turbines are in `line of sight' to the radar, the turbines can appear as genuine aircraft targets. The turbines could mask real aircraft responses or desensitise the radar within the radar sector containing the wind farm thereby potentially creating interference and flight safety issues.
Each proposed site would have to be reviewed on a case-by-case basis. Each radar has a different coverage footprint, depending on its location and the topographical layout of the surrounding area. A proposed wind turbine site 50 km from a radar may have a large negative effect while a proposed site at 25 km may have no impact at all.
See also:
Posted by Geoff on November 07, 2011 1 comment:

Tongue in cheek he posts:

Record amounts of meltwater are pouring off Greenland into the sea and causing sea level to plummet. If Greenland suffers a complete meltdown, Atlantis may again be above water.
Hansen says that multi-metre sea level rise is dead certain, and the latest news is that CO2 is increasing much faster than expected. Hansen must be looking at 25 metres of sea level rise now, which is sure to happen the day after it stops dropping.

Arctic autumn temperatures have been the coldest in at least a decade, and possibly since 1996. That is why the record fast freeze is occurring.

Not what you will hear from "your" ABC or the Main Stream Media.