B.E.S.T has 'No Scientific Basis for Claim' at Best - Global warming has stopped!

A leading member of Professor Muller's Berkeley Earth Surface temperature (BEST) accused him "of  trying to mislead the public by hiding the fact that BEST’s research shows global warming has stopped."


Prof Judith Curry, who chairs the Department of Earth and Atmospheric Sciences at America’s prestigious Georgia Institute of Technology, said that Prof Muller’s claim that he has proven global warming sceptics wrong was also a ‘huge mistake’, with no  scientific basis.
Prof Curry is a distinguished climate researcher with more than 30 years experience and the second named co-author of the BEST project’s four research papers.
Her comments, in an exclusive interview with The Mail on Sunday, seem certain to ignite a furious academic row. She said this affair had to be compared to the notorious ‘Climategate’ scandal two years ago.

Professor Curry accuses her team leader of trying to "Hide the Decline."


In fact, Prof Curry said, the project’s research data show there has been no increase in world temperatures since the end of the Nineties – a fact confirmed by a new analysis that The Mail on Sunday has obtained.
‘There is no scientific basis for saying that warming hasn’t stopped,’ she said. ‘To say that there is detracts from the credibility of the data, which is very unfortunate.’ 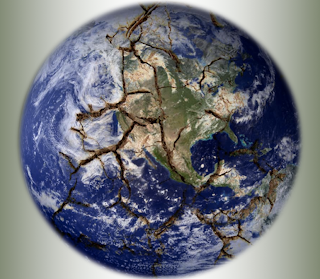 After reading Donna Laframboise's The Delinquent Teenager (See HERE) an exposure of the irretrievably compromised Intergovernmental Panel on Climate Change (IPCC), This Climate Sceptic (TCS) was drawn back to some of the earlier writings of John McLean and, particularly to the SPPI report, Climate Science Corrupted from November 2009.

John writes of the history of the formation of the IPCC:


The other key factor for the IPCC was the adoption of the UNEP's methods of coercing governments and the general public. Those methods included (a) the use of the environmentalists' catch-all the "precautionary principle", (b) a penchant for creating models based on partially complete scientific understanding and then citing the output of those models as evidence, (c) the politicisation of science through the implied claim that consensus determines scientific truth, (d) the use of strong personalities and people of influence, and (e) the manipulation of the media and public opinion. Directly and indirectly these methods greatly influenced political parties whether they held government or not.

John writes that "It is long overdue that the IPCC was called for what it is - a political body driven not by the evidence that it pretends exists but by the beliefs and philosophies of the UNEP , the IPCC's sponsor,  and by the initial holders of the key IPCC positions.
Posted by Geoff on October 31, 2011 No comments: