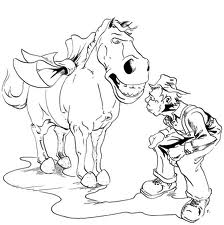 Those that have studied history will know that empires and civilizations inevitably come and go. They often rise because of new technology, and fall when the ruling group becomes complacent and is unwilling to exploit a more advanced technology. The ancient Egyptians rose with improved agriculture and fell when their neighbours had iron and they did not. The Romans, with military and engineering skills, were defeated by nomads who had a stirrup and horse collar.

Most Western societies progressed from the technical discoveries of the Industrial Revolution in Britain and their spread. There were always sections of society who opposed technology when it clashed with their settled way of life. They may be rulers, aristocrats or priests who  felt threatened. They may be workers whose skills are to be replaced, like the Luddites.

A section of the middle classes during the 19th century developed a whole movement called Romanticism which deplored industrialization and longed for its abolition. The poet Wordsworth regarded a ruined abbey as somehow superior to a modern one, and wild daffodils as better than cultivated ones,

This movement has proliferated to the promulgation of the belief that humans are harmful to the "environment" and should leave the earth to the "endangered species" whose preservation becomes more important than that of humans. They have developed beliefs and supposedly "scientific" reasons why all human activity and even their numbers should be reduced. They have tried to pretend that "resources" are limited and they have succeeded in delaying most original technologies because of their fallacies.

Amongst these is the use of energy. They have developed a theory that exploitation of fossil fuels is harmful, as is nuclear power. They look forward to "peak oil" and they do their best to prevent new exploration. These efforts have recently been challenged by the discovery that oil  and gas supplies can be much greater by the use of a technique called "fracking" which employs an explosive charge to open up the strata, helped by water pressure. The question is, how much poverty, unemployment, national default and general misery we are prepared to tolerate, if we give way to the specious claims of these spoilers.

Shale gas reserves suitable for fracking are widespread. A  map of the suitable regions may be found at

It may be noted that as usual, New Zealand has been left off the map.

Prosperity in the USA owes much to the discovery of oil by "Colonel" Drake in Pennsylvania in 1859. There is no question that it "damaged the environment". If it had been shut down because of pressure from environmentalists none of us would be here today. If we allow them to shut down fracking  those that do so will be replaced by others. One replacement will be China, but it was interesting to hear of recent activity in places like Papua New Guinea.

The following article by Matt Ridley explains why fracking is not only profitable compared with windmills, it is better for the environment a well.

Matt Ridley is a member of the GWPF's Academic Advisory Council. His report The Shale Gas Shock is available online here


And here is the encouraging news for New Zealand, from New Zealand Climate Science.

"I can advise that several petroleum exploration companies are actively looking at shale gas potential in NZ.

At present almost all of the onshore eastern North Island (the "East Coast Basin", east of the main North Island ranges) is covered by petroleum exploration permits, or by applications for permits.  Operators of these permits are investigating shale gas potential as well as more conventional (sandstone) reservoir targets.

More recently there have been applications for new petroleum exploration permits in the onshore Canterbury basin, as well as in Marlborough and Southland, specifically targeting shale gas.  It is unlikely that the offshore basins are prospective for shale gas at present, but as the technology develops, it may happen. Across the Tasman, there is also great interest in exploration for shale gas.

For various reasons relating to geology, the eastern parts of NZ are probably more prospective for shale gas than the west, so there is potential for these exploration companies to discover and produce petroleum in areas outside of Taranaki, which is potentially of huge benefit to local economies as well as to the whole of  NZ.

Concerning gas in aquifers and water wells, there are literally hundreds of natural (petroleum) gas seeps in NZ, for example there are at least 300 sites in the eastern North Island where natural gas bubbles to the surface.  And I am aware of at least 6 locations where wells drilled in search of groundwater have encountered gas.  One such well near Gisborne drilled long ago produced enough gas to supply energy to the whole township.  Enterprising locals in remote areas managed to trap and utilise gas from natural seeps for cooking and heating least the last 100 years back.  Any little earthquake (a far more significant shake than any seismic used for exploration) causes a greater (but temporary) rate of gas flow from these natural seeps.

Don't ever be fooled by claims that petroleum exploration, seismic activity, or "fraccing/fracking" somehow leads to gas suddenly coming into aquifers, it has been there (and leaking out) for many thousands, or more likely millions of years.

The onshore gas seeps are only evident where the gas happens to come to surface under some waterway, such as a river, stream, or lake.  Methane and other petroleum gases naturally come to the surface by slow but persistent seepage in virtually all of NZ's onshore sedimentary basins (Northland, Waikato, Taranaki, Wanganui, East Coast, West Coast, Canterbury, Southland) and are detectable by analysing gas in soil or sub soil.

There are also numerous natural seeps of petroleum gas (mainly methane, but also other hydrocarbons) in NZ's much larger offshore continental areas.   There are whole communities of organisms that depend on these (often deep) sea bed gas seeps for their whole energy cycle without the need for light, oxygen, or carbohydrates.  There is very good evidence from the geological record that these natural offshore gas seeps have been active for at least the last 23 million years, and probably before then as well.

My whole point is that methane seeps are nothing new, and are beneficial to various parts of the natural biota.

I hope that the above is useful to the general discussion about shale gas, gas in water wells and the natural occurrence of methane and other hydrocarbons.

"To kill an error is as good a service as, and sometimes better than, the establishing of a new truth or fact"  Charles Darwin
Posted by Geoff on October 21, 2011 No comments:

Henry Ergas, writing in the Australian (link in title) has pointed out that Treasury Officials have persistently engaged in misinformation.


Yet Treasury's most senior officials have persistently claimed the opposite. In the Senate Select Committee on the Scrutiny of New Taxes, Treasury said "these models are publicly available".
Asked "So, if Professor Ergas were to go with a cheque in hand it would be available to him?", Treasury's reply was unambiguous: "Yes, he would be able to receive these models."
Treasury's claims were false. For central in Treasury's work is a model called GTEM. That model was initially developed by ABARES (Australian Bureau of Agricultural and Resource Economics and Sciences). Under the Howard government, GTEM's documentation and computer code were placed on ABARES' website. And in early 2007 ABARES moved to full commercial release of GTEM.But with Labor's election victory, the planned release was aborted. Since then, access to GTEM has been denied.

Henry goes on to argue that, contrary to what Treasury states, the certainty is that, by taxing our lowest cost power generators, "electricity prices will be higher with the tax than without it."

In the USA, Fox news reports:


Several Republican lawmakers are challenging the Obama administration's science czar over what they claim are repeat incidents of "scientific misconduct" among agencies, questioning whether officials who deal with everything from endangered species to nuclear waste are using "sound science."
"Specifically, we are concerned with data quality, integrity of methodologies and collection of information, agencies misrepresenting publicly the weight of scientific 'facts,' indefensible representations of scientific conclusions before our federal court system, and our fundamental notions of 'sound' science," they wrote. "We identify in this letter important examples of agency scientific misconduct." 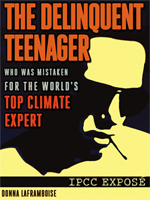 The Green Gillard Government constantly talk about "the science." They refer to the Intergovernmental Panel on Climate Change (IPCC). Canadian writer Donna Laframboise has written an expose of the flaws in the IPCC called "The Delinquent Teenager."


For starters, some of the world's most experienced experts have been left out in the cold. In 2005 an atmospheric science professor from Colorado State University named William Gray told a US Senate Committee: Despite my 50 years of meteorology experience and my many years of involvement in seasonal hurricane and climate prediction, I have never been asked for input on any of the [IPCC] reports.

Many environmental organizations employ people whose sole purpose is to raise awareness about global warming. The more effective these people are at convincing the public there's an urgent problem, the more money we're likely to contribute to their cause.
Since activists bring their own agenda to the table, and since agendas and science don't mix, environmentalists need to keep their distance from scientific endeavors. Data cannot be considered
scientifically reputable if it has been collected and analyzed by activists. Scientific conclusions - especially those involving judgment calls - cannot be trusted if activists have played a role.

US Climatologist Judith Curry writes: "Overall, Donna Laframboise is to be congratulated for writing an important book."

Interview by London Book review with Donna Laframboise HERE including:


I think the IPCC is steadily losing influence. By far the biggest reason is that many parts of the world currently face profound economic challenges. There isn't a lot of extra time, attention, or money to squander on hypothetical future problems. (Personally, I'm a big fan of the idea that the future will take care of itself. We now have tools, knowledge, and abilities that were undreamt of 30 years. Thirty years hence our children will be well equipped to cope with whatever the world throws at them.)
Toward the end of the writing of my book I began to understand quite clearly that IPCC reports are a means to an end for UN bureaucrats. From a UN bureaucrat's perspective these reports serve a particular purpose - they get everyone singing from the same hymn book so that an emissions treaty can be negotiated.
By pursuing such a treaty UN officials were attempting to expand their mandate and their funding. From the perspective of a bureaucrat this was perfectly normal - and thoroughly predictable - behaviour.
But since it seems less likely by the day that any global emissions treaty will be signed - or any large sources of funding will be forthcoming from national governments - I expect the IPCC will wither on the vine. When it becomes clear that all possibility of a treaty has evaporated, I think lots of people will lose interest in the IPCC. That organization reached its zenith back in 2007. It will never again be that admired or powerful.