Tempers rises in Australia while US Cools


This chart represents the 15 years (180 months), starting October 1, 1997 and ending September 30, 2011. Per the latest NOAA/NCDC U.S. official temperature data records, the 12-month period ending September was the 7th coldest September-ending period for the last 15 years. In terms of a single month, September 2011 was the 21st warmest since 1895 (September 1998 was the warmest.)

James Delingpole, in the UK telegraph wrote that

Take Australia, an island built on fossil fuel with an economy dependent on fossil fuel. What would be the maddest economic policy a place like that could pursue as the world tips deeper into recession? Why, to introduce a carbon tax, of course. Which, for reasons just explained above, means a tax on absobloodylutely everything. Which is exactly what Julia Gillard's Coalition (why is it that word always makes me want to reach for my Browning?) has just gone and done, obviously.
What must be particularly galling to all the Australians (the majority) bitterly opposed to this lunatic measure is the unutterable feebleness of the arguments the Coalition is using to justify it.

As if to rub Australia's nose in the Acts of Bastardy, the Green Gillard Government "cheered and hugged each other when the government's carbon tax laws passed through the House of Representatives" 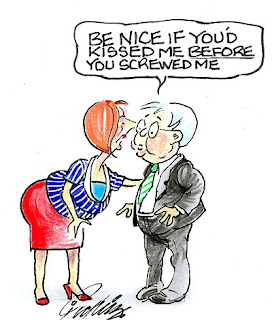