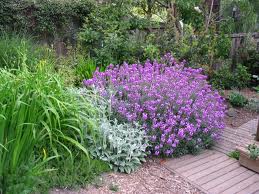 Lisa Welp-Smith of the Scripps Institution of Oceanography, California, and her team came up with a new method for measuring how much CO2 is absorbed and released by plants. The team used oxygen isotope markers in CO2 and more than 30 years of data from a global network that analyses air samples to measure changes in greenhouse gases, pollution and other factors.

"What this (finding) means is that plants are working faster than we thought they did," said Colin Allison, an atmospheric chemist and one of the study's authors, told Reuters from Australia. "Our analysis suggests that current estimates of global primary production are too low and the refinements we propose represent a new benchmark for models to simulate carbon cycling through plants, " Dr. Allison said.

The study was published on Thursday in the journal Nature.

Plants form a major part of the global carbon cycle in which carbon is continuously recycled and reused by plants and animals, the oceans and land. Carbon pollution from burning fossil fuels and burning forests adds to the CO2 in the air, disrupting the balance that keeps the planet warm. The team's finding suggests plants absorb 16 to 19 times mankind's total CO2 emissions, underscoring the powerful role they can play in regulating the climate.

Welp-Smith and Allison said it was too early to say how the new finding would affect climate change projections, in which supercomputer programs model how the climate will change.

"If we are right, and GPP needs to be revised upward by about 25 percent, it means that our fundamental understanding of how land plants function on the global scale is still a bit fluid," Welp-Smith told Reuters in an email, referring to gross primary production, a measure of photosynthesis.

But she cautioned that it doesn't mean more carbon is being locked away by plants. "It means more CO2 is passing through plants, not that it actually stays there very long."

Allison, of Australia's Commonwealth Scientific and Industrial Research Organization in Melbourne, said the study gives a better estimate of what's really happening in the atmosphere.

Looks like the IPCC needs to do some revisions.

See also The Earth is happily gobbling more CO2.
Posted by Geoff on September 30, 2011 No comments:

If it ain't broke....reform for the sake of reform. 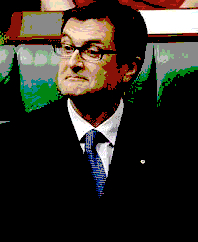 Greg Combet has written an opinion piece in The Australian headed:


Carbon tax is in the best Labor tradition of reform

This is the same Greg Combet that TCS blog wrote about before in the post (Sung to the tune of Da do Ron Ron) You're so wrong, wrong, Greg.

But Button knew that working Australians were better served by embracing economic change, rather than pretending it could be avoided. He knew Labor values of fairness and justice were best advanced by building economic strength and resilience, not through economic atrophy.

He tries to use this to justify the Carbon tax. To his credit he does call it a tax but is still pushing the lie that the tax is on carbon - that vaguely dirty sooty substance when the tax is actually on vital-to-life, essential, invisible trace gas, carbon dioxide. He then pulls out the next lie - carbon pollution.

The government considered two key questions when it designed the Clean Energy Future plan: can the policy deliver the reductions in pollution we need and will it do this in the cheapest and most equitable way? The first question is crucial for the credibility of any climate change policy. The carbon price mechanism is an emissions trading scheme designed to cut emissions by at least 160 million tonnes in the year 2020, and continue to cut emissions each year to achieve an 80 per cent reduction over year 2000 levels by 2050. This represents Australia's fair share of the global effort to reduce emissions.


The second question is essential for maintaining a strong economy and minimising the cost of adjustment for households and businesses.

How is it then, Mr Combet, that Ross Garnaut - one of the architect's of the scheme, a few days ago said that the government's proposal involves "reasonable economic costs". Is it essential for maintaining a strong economy or will there be costs to the economy?


CLIMATE Change Minister Greg Combet claims that reducing emissions intensity is necessary for environmental and economic reasons ("Carbon tax is in the best Labor tradition of reform", 30/9).
His comparison with the reductions in protection effected in the 1980s is, however, a false one.
Those reductions improved economic growth because they shifted resources into more efficient areas of the economy. By contrast, the government's climate change policy will reduce efficiency and economic growth. This is acknowledged by Treasury and by the ACTU.

As the penalties to business eventuate, we will see jobs disappear as businesses restructure, or fold or some move overseas.


As with the reforms of the 1980s, present-day economic reform must be undertaken in the national interest, to ensure we remain competitive in a global economy.