Lies on climate policies should defer the carbon tax legislation 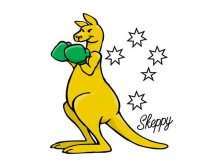 From Carbon Tax Coalition - A coalition of:


Community groups against the Gillard-Brown carbon dioxide tax are uniting. We have had a gutfull of political deceptions. Our members are angry and determined.

Many serious misrepresentations, manipulations and lies driving climate policies have recently been exposed.

We demand an end to parliament turning a blind eye to these corruptions and to return to some integrity. In fact, a proper parliament would defer a carbon tax until the deceptions (Exposed and compiled on The Galileo Movement`s web site) have been investigated.

We are deeply concerned with the destruction of governance in the national interest and the growing irrelevance of parliament buried by the 24-hour media spin cycle. Blind, party loyalty is killing accountability of members to their electorates. Even independents are abandoning their electorates interests, while the Greens consistently disregard the interests of the majority of Australians altogether.

As a consequence Australia's sovereignty continues to be eroded. We instead demand loyalty and accountability to our country`s interests.

The economic crisis threatening Europe and America demands economic responsibility. Any desire to tax carbon dioxide should at the very least be deferred until an inquiry is concluded, the economy recovers and there is demonstrated international support.
We require economic responsibility and security. These qualities are sadly missing from the majority of our current parliament.