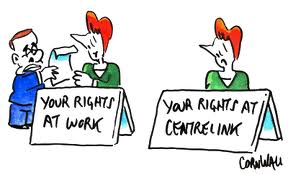 I have been amazed that, when we have been running "NO CARBON TAX" rallies, there have been counter rallies, although much smaller, of people chanting that they want a CARBON TAX. Looking at these people, I have thought that they probably are professional students and unemployed. Surely, not income tax payers? (Just my own opinion and not the opinion of the "NO CARBON TAX" Climate Sceptics party.)

Be that as it may, I never thought that I would find unions saying:


Surprisingly, we find that  is what is happening. I am not sure if the unions realise that, if Australian businesses are penalised by a repressive carbon dioxide tax, some businesses will move off-shore, some will struggle, some will fold and some will give up and close down. Jobs will disappear and the Centre-link queues will grow. (Probably the only growth area in the Australian economy!))

As the Sydney Morning Herald reports:


Putting a price on carbon will slow workers' income growth, but the ACTU believes the short term pain will be worth it once the Australian economy adapts to the federal government's measures to tackle climate change.

The article goes on to quote the ACTU's legal work co-ordinator (Is that like the job that PM Gillard did for the AWU?) Joel Fetter.


"We will clearly have lower income than the income we could generate if we continued to burn dirty coal and we continued with business as usual."

This left the opposition with an obvious retort:

Opposition climate spokesman Greg Hunt said the union movement had abandoned its members by supporting a carbon tax.
"It is appalling that this organisation, which is supposed to be about representing workers, is happy to let their members' income be cut," he said.

Although the IPCC's 4AR says that the Urban Heat Island (UHI) effects are "local and have a negligible influence on global warming trends" a new peer reviewed paper published in the Journal of Geophysical Research contradicts this. (Reported by CO2 Science)


What was learned
The three researchers say their findings indicate that "rapid urbanization has a significant influence on surface warming over east China," noting that "overall, UHI effects contribute 24.2% to regional average warming trends," and that "the strongest effect of urbanization on annual mean surface air temperature trends occurs over the metropolis and large city stations, with corresponding contributions of about 44% and 35% to total warming, respectively," with UHI trends of 0.398°C and 0.26°C per decade. And they say that due to other considerations, the UHI warming trends and their contributions to the overall warming over east China provided in their paper "can still be regarded as conservative."
What it means
The Chinese scientists conclude that if such UHI trends continue, "certain metropolitan areas may experience a rate of warming well beyond the range projected by the global climate change scenarios of the IPCC," referencing Stone (2007), while adding that "the increasing divergence between urban and rural surface temperature trends highlights the limitations of the response policy to climate change [that] focus only on greenhouse gas reduction," citing Stone (2009). And, of course, their findings call into serious question some of the basic conclusions of the IPPC, such as the organization's claim that UHI effects "have a negligible influence on global warming trends."
Posted by Geoff on September 28, 2011 No comments: 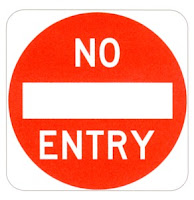 From Roger's own blog:


So imagine that you are an editor at Geophysical Research Letters, a middle tier scientific journal.  Let us further suppose that you receive a very straightforward analysis of trends in tropical cyclone landfalls around the world which finds no upwards trends. As editor you decide to send the paper our for peer review and you get the following responses from two reviewers, both of whom find the paper publishable (emphases added):


Seems straightforward enough. It came back with two reviews, both with some corrections, one reviewer suggesting publication without major caveats, the other grudgingly suggesting publication to the editor, Noah Diffenbaugh, and asking for revisions. So far so good (you’d think). But it starts getting weird from here. Pielke Jr. asks this set of questions:

As the editor what would you do?

If you picked (D) then you too can be an editor at GRL.

The editor of this blog would have failed as the Editor of Geophysical Research Letters.

And the alarmists say that realists do not get published? Look at the disgrace following Spencer and Braswell and now this. 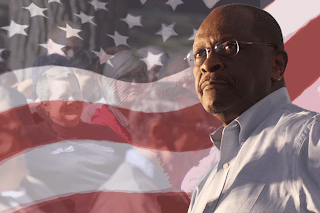 in an effort to please Environmentalists and to promote his global warming Green agenda which has proven to be a scam by the REAL scientistific community.