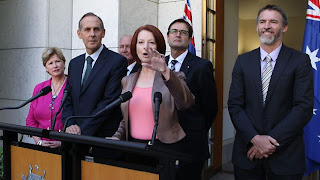 A Submission to the Joint Selection Committee on the so-called "Clean Energy Future Legislation".
Presented to the committee on 22 September 2011 and slightly expanded and edited on 25th September, 2011
A print-ready copy of this issue of "Carbon Sense" can be downloaded from:
http://carbon-sense.com/wp-content/uploads/2011/09/submission-carbon-tax-bills.pdf
Please Pass this On. We need your help in publicising our views as the government will probably only publish submissions from those supporting their carbon tax.

This submission is made on behalf of the Carbon Sense Coalition, which is a voluntary Australian organization which opposes real pollution and also opposes the unjustified demonization of carbon minerals and energy.

We see no justification for imposing a tax on Australia's minute additions of carbon dioxide to the atmosphere. Carbon dioxide is a harmless and beneficial atmospheric natural gas comprising less than a tiny 0.04% of the atmosphere. There is no credible evidence that human production of it controls world climate. Nor is it a pollutant.

We are totally opposed to the imposition of a carbon tax because there is no scientific, climate or environmental justification for these bills.

We are also concerned at the impossibly short time allowed for the Australian public and opposition to examine these bills.

We object to the underhand and undemocratic way in which the government is trying to ensure a future government cannot repeal these bills, even when it soon becomes obvious that they are unnecessary, are not being followed by other countries, are destroying Australian jobs, industry and prosperity, and have no effect on climate. It offends the Precautionary Principle so beloved by the alarmist community that a temporary government should try to close off the means to escape when these bills prove to be a ghastly mistake. Australia is already lagging badly in realization that carbon dioxide does not control climate.

There is no credible cost benefit analysis of these proposals. In particular there is no demonstration that Australia's electricity could ever be supplied entirely by alternative energy such as wind and solar. No other country in the world has achieved this – what makes us think we can weave energy miracles?

The bills (if pursued at all) should include appropriate procedures for efficiently dismantling the tax and regulatory regimes proposed without undue financial penalty when they fail to achieve their stated objectives. Or there should be a Sunset Clause should global cooling become obvious.

This package of proposals is so significant and so divisive that it should not be introduced now, but should be the subject of a referendum or a new election.

The brief points below outline our main objections to the package. We can provide supporting documents or evidence for any of these points.

Why these Bills should be
resisted, rejected and, if needs be,
repealed.
We do not claim confidentiality for this submission, and are happy for it to be published. We are also willing to appear before the Committee to answer questions or present material. 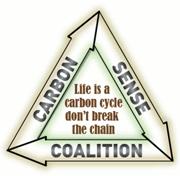 To Unsubscribe send a reply with “Unsubscribe” in the subject line.
Posted by Geoff on September 26, 2011 No comments: