It is a pity that Michael didn't use some of his research funding to research some of the claims that he makes in a blog post called  Event horizon: the black hole in The Australian’s climate change coverage.

“Read the full article at The Conversation”

Early in his piece on the editorial policy of the Australian, he writes:


Other editorials (he links one) have made it clear that The Australian believes it is treating its readers as mature adults who should be able to make up their own minds based on arguments from “both sides” of the debate.
The problem is that on one side of the debate you have 97% of the world’s published climate scientists and the world’s major scientific organisations, and on the other side you have fools.


John Cook will receive lots of money for climate propaganda

As for the "Scientific Consensus paper, see Climate Quotes -


In this post at The Hockey Schtick, it is pointed out that the 97% statistic is based on only 79 climatologists, and that those participating were self-selected. There are two concerns here. The first is sample size. While climate science isn't a massive field, 79 participants is fairly small. To claim definitely that 97% believe this or that you would need to poll significantly more people. The second concern is the fact that the scientists were self-selected by an online survey. This may not have led to a representative sample.


Michael Ashley ...... (he's the guy who suggested to me that Skeptical Science should do multiple levels of rebuttals, fundamentally and irrevocably changing the website).

The link to the "97%" at Skeptical Science includes:

A survey of all peer-reviewed abstracts on the subject 'global climate change' published between 1993 and 2003 shows that not a single paper rejected the consensus position that global warming is man caused. 75% of the papers agreed with the consensus position while 25% made no comment either way, focusing on methods of paleoclimate analysis (Oreskes 2004).

This is a false claim. One only has to google "Peer reviewed papers supporting skepticism of AGW" to get many references including the Global Warming Policy Foundation's 900+. 900+, Michael.

The last piece of Michael's diatribe says: "...on the other side you have fools." This  link for fools goes  to, wait for it, Skeptical Science. Michael, you get paid for research and you use only one source. Is that how a researcher researches a subject? To use only one source, and a source suggested by yourself to do rebuttals? Is that the action of a diligent researcher? Or is that perhaps that action of a fool?

As stated, the link for "...on the other side you have fools," goes to a page at Skeptical Science titled "Skeptics." The page includes many scientists, some ex NASA etc. Nowhere is there any evidence that they are fools. The foolish statement that these people are fools is unsubstantiated.
Posted by Geoff on September 02, 2011 2 comments: 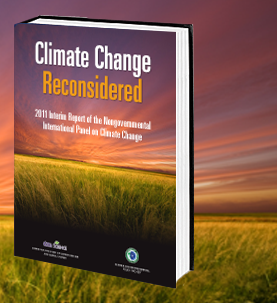 Click here for an executive summary of the book (PDF).

Donna Laframboise, on her blog No Frakking Consensus, recently posted: "The IAC Report - One year later."

IPCC officials and supporters have long advanced an outrageously misleading marketing message. We’ve been told this UN body is in a class of its own with respect to its thoroughness and transparency – that there is no “parallel on the planet.”

We’ve been told it is “one of the most rigorous scientific review bodies in existence.” Words like authoritative, gold-standard, and eminent are routinely uttered by those describing the IPCC (see a hyperlinked list of quotes here).
But the first time a group of outsiders took a close look at how the IPCC actually behaves it identified “significant shortcomings in each major step of the IPCC’s assessment process” (see the first paragraph here – the entire report is available here).

The United Nations’ Intergovernmental Panel on Climate Change (IPCC), already under severe criticism for violating the requirements of academic peer review and relying on secondary sources, comes under attack again in a new report co-produced by three nonprofit research organizations.
According to the new report, “natural causes are very likely to be [the] dominant” cause of climate change that took place in the twentieth and at the start of the twenty-first centuries. “We are not saying anthropogenic greenhouse gases (GHG) cannot produce some warming or have not in the past. Our conclusion is that the evidence shows they are not playing a substantial role.”
The authors of the new report go on to say “the net effect of continued warming and rising carbon dioxide concentrations in the atmosphere is most likely to be beneficial to humans, plants, and wildlife.”
Both conclusions contradict the findings of the widely cited reports of the IPCC.

Key findings, as outlined in the interim report’s executive summary, include: