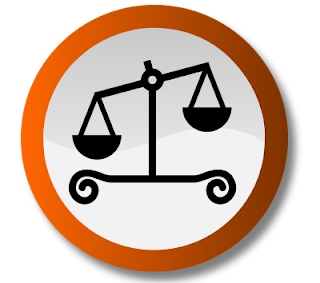 Oh, to be perfectly fair, that $4.82 billion is over four years. So that's only $1.24 billion per annum that we have to borrow from Overseas sources such as China. So we have to add interest to that. And the additional beaurocrats to manage the tax-in, bribes-out.

Of course, that means that her budget will be out by $1.24 billion plus...... oh and let's not forget that her Climate Change Con Minister (Greg) Combet at the  CanCun Convention (CCCmCCCC) promised a % of all Climate Change Receipts (CCR) to the UN Climate Climate Con (UNCCC) - oh, and of course, CCC Combet also promised a flagfall of $597 mn before we even started paying our percentage.

So the budget is out by:


The quality of mercy is not strain'd,
It droppeth as the gentle rain from heaven
Upon the place beneath: it is twice blest;
It blesseth him that gives and him that takes:
'Tis mightiest in the mightiest:
Posted by Geoff on July 10, 2011 2 comments:

Why The Global Warming Agenda Is Wrong


Not only is Green energy Expensive,  it cannot meet a substantial fraction of our energy needs.

A debunking of the global warming agenda, from Roy W. Spencer, former NASA climatologist and climate expert. For more on this topic, purchase his new Broadside, "The Bad Science and Bad Policy of Obama's Global Warming Agenda."
Posted by Geoff on July 10, 2011 No comments:

Gillard's tax on 'carbon pollution: the facts by The Viscount Monckton of Brenchley 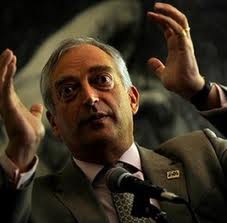 Press release by:      The Viscount Monckton of Brenchley
Gillard's tax on 'carbon pollution': the facts
If the Australian Government’s proposal to oblige 500 big “polluters” to engage in what the City of London calls “trading hot air” were to achieve its stated aim of cutting 5% of Australia’s CO2 emissions by 2020, and assuming HM Treasury’s 3.5% pure-rate-of- time-preference commercial discount rate for inter-temporal investment appraisals –


> By 2020, CO2 in the air would be 411.987 parts per million by volume, compared with 412 ppmv if no action were taken.
> Global warming forestalled by 2020 would be 0.00007 C°: i.e. 1/14,000 C°.
> 0.00007 C° is 1/700 of the threshold below which modern instruments and methods cannot detect a global temperature change at all.
> At this rate, total cost of the carbon tax/trade policy will be not less than $127
billion between now and 2020, not counting gasoline and power price hikes.
> If all the world’s measures to cut greenhouse-gas emissions were as cost- ineffective as the Australian Government’s proposed policy, forestalling just 1 C°
of global warming would cost the world $1.7 quadrillion.
> Forestalling all of the 0.24 C° global warming predicted by 2020 would demand
almost $60,000 from every man, woman and child on the planet.
> That cost is equivalent to almost 60% of global GDP to 2020.
> That is 22 times the maximum estimate of the welfare loss from doing nothing
about the climate, which is just 2.7% of global 21st-century GDP.
> It is 83 times the minimum welfare-loss estimate of just 0.7% of GDP.
> Garnaut’s 1.35% and 2.65% inter-temporal discount rates are very low by usual
economic standards, artificially making the cost of action seem less costly
compared with the cost of inaction than it really is. However –
> Even at Garnaut’s artificially low discount rates, the cost of the Gillard policy
would be 7.6 to 15 times the cost of doing nothing about climate change.
> At the 5% discount rate recommended by President Dr. Vaclav Klaus of the Czech Republic for climate-related appraisals, the cost of doing what Gillard proposes
would be 36 times the maximum cost of doing nothing.
> For most Australian households, the $10.10/week benefit from the Gillard
scheme will exceed the $9.90/week cost, providing no disincentive to emit.
> For 500 big “polluters” (CO2 is not a pollutant, but plant-food to green the
planet), compensation plus higher prices provide no disincentive to emit.
> Thus, all the above calculations overstate the scheme’s cost-effectiveness.
> Bottom line: It is many times more costly to try to prevent global
warming by Gillard‟s methods than to adapt in a focused way to the predicted consequences of global warming.
Conclusion: Mitigation policies cheap enough to be affordable will be ineffective: policies costly enough to be effective will be unaffordable. It is unlikely that any policy to forestall global warming by regulating, reducing replacing, taxing or trading greenhouse- gas emissions will prove cost-effective solely on grounds of the welfare benefit foreseeable from global-warming mitigation. No such benefit is discernible.
High abatement costs, and the negligible returns in warming forestalled, imply that focused adaptation to the consequences of such future warming as may occur will prove more cost-effective than any attempted mitigation. The opportunity cost of diverting trillions of dollars to mitigation is heavy. Therefore, the question arises whether mitigation should be attempted at all.
Background information
The following pages of background information demonstrate how the above results were determined. For full references, caveats, and a thorough discussion, see –
Monckton of Brenchley, C.W., 2009, Is CO2 Mitigation Cost-Effective? Lecture to the Prague School of Economics, May, 12 pp: obtainable from vc@nd.edu.au.
Definitions
Radiative flux is a continuous flow of radiant energy at some surface, denominated
in Watts per square metre (W m–2).
Radiative forcing is a change in the net radiative flux at the tropopause, the top of the climatically-active region of the atmosphere.
The mitigation cost-effectiveness of any policy intended to mitigate global warming by reducing CO2 concentration in the air is the cost of forestalling 1 C° of CO2-induced global warming, on the assumption that all measures to mitigate that warming up to a target year are as cost-effective (or cost-ineffective) as that policy.
On the same assumption, the global abatement cost of a policy is the cost (expressed as a percentage of global GDP taken as increasing yearly at 3% real, and discounted at some inter-temporal discount rate) of forestalling all warming from CO2 and other manmade climate influences up to the target year (in this case, 2020).
Base data (with sources)
3.4 C°: cent.est. of 21st-century manmade warming: (IPCC, 2007, p.13, table SPM.3).
8 W m–2: cent.est. of 21st-century radiative forcing (IPCC, 2007, p. 803, fig. 10.26).
5.35: CO2 radiative-forcing coefficient: (Myhre et al., 1998; IPCC, 2001 & 2007: A2).
280 ppmv: Estd. CO2 concentration in the air in 1750 (IPCC, 2001 & 2007: A2).
390 ppmv: Measured CO2 concentration in 2010 (NOAA; ESRL).
22 ppmv: Projected CO2 concentr. growth, 2011-2020 (IPCC. 2007, A2 scenario).
836 ppmv: Projected CO2 concentration in 2100 (IPCC, 2007, A2 scenario).
5%: Proposed cut in Australian emissions by 2020. (Gillard announcement, 2011).
1.2%: Australian CO2 emissions as % world emissions (from Boden et al., 2010ab).
$10.1 bn/yr: carbon trading cost (23/26 x $11.5 bn given in Garnaut, 2011).
$0.9 bn/yr: renewable energy support ($9.2 bn over 10 years: Gillard, 2011).
$1.6 bn/yr: administration costs (Wong, 2010).
$0.3 bn/yr: costs of coal & steel support averaged over 10 years (Gillard, 2011).
$60 trillion: Global annual GDP (World Bank, 2011).
51%: CO2 forcing as a proportion of all 21st-century manmade forcings (IPCC, 2007).
0.1%: Pure rate-of-time-preference inter-generational discount rate (Stern, 2006).
1.35% & 2.65%: Pure rate-of-time-preference discount rates (Garnaut, 2008).
2.75% & 3.22%: Pure rate-of-time-preference discount rates (HM Treasury).
3.5%: Standard pure rate-of-time-preference discount rate (HM Tsy Green Book).
5.0%: Pure rate-of-time-preference discount rate (President Dr. Vaclav Klaus).
The true cost of putting a “price” on carbon dioxide
Using the base data and HM Treasury’s 3.5% discount rate, we determine –

Year to Date (Jan - Jun) Temperature
Contiguous United States
Some of the following data are preliminary and have not been quality controlled.
For official data, please contact the NCDC Climate Services and Monitoring Division at ncdc.orders@noaa.gov.

California's coastal regions appear to be getting more rain and cold weather while inland areas such as Fresno are getting hotter, according to an analysis of 40 years of climate statistics.
The analysis, by meteorologist Jan Null, showed that average temperatures have increased since 1981 in only two of eight California cities surveyed compared with the 30 years starting in 1971. The information, compiled using National Climatic Data Center statistics, shows more annual rain has also fallen everywhere except in Southern California.
The data may appear to bolster the arguments of global warming skeptics, but Null said the findings actually fit in with the predictions of scientists who believe the climate is changing as a result of human-caused carbon emissions.