The Corruption of the Intergovernmental Panel on Climate Change: A National Peril 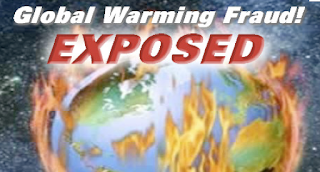 From The Hawaii Reporter by Michael Fox PhD. Full Article linked in title.

Michael, writing for an Hawaiian Paper, calls it a National Peril. He should have said an International Peril as everything he says applies equally to Australia and around the world. Michael begins:


As time passes the global warming fiasco becomes more and more understandable, and more incredulous, more unbelievable. Hard-nosed physical evidence of man-made global warming has yet to be provided by the promoters of warming, even after a nominal $80 billion dollars have been spent in the attempt to do so. Since some of the ideas for mitigating man-made global warming (yet to be demonstrated) involve trillion dollar measures, it is crucially important that we get the science right. If we don’t get the science right, we’ll never get the policy right.

He discusses the crippling of the energy sources which will cripple the US economy. Other posts on these pages have said the same thing for Australia.


We are also learning that international powers have organized into the formation of the Intergovernmental Panel on Climate Change (IPCC), is part of the United Nations for the purpose of limiting or abolishing the production of CO2 from the combustion of fossil fuels. While the US is clearly targeted for these crippling measures other members of the UN other developing nations simply will not be implementing with these suicidal measures. The IPCC is also the brainchild of Maurice Strong, a billionaire socialist working closely with the UN. At the Rio conference of the IPCC in 1992 Maurice Strong made this statement to thousands of supporting fans and international leaders:
“Isn’t the only hope for the planet that the industrialized civilizations collapse? Isn’t it our responsibility to bring that about?” – Maurice Strong, head of the 1992 Earth Summit in Rio de Janeiro and Executive Officer for Reform in the Office of the Secretary General of the United Nations. (http://www.whale.to/a/strong_h.html).(See also Is Maurice - Strong on Global Warming.)

Michael mentions that electrical energy has helped develop nations. Then goes on to talk of the IPCC and HimalayaGate and how 16 claims of impending doom in the 2007 IPCC report came from enviro-activists and the Greenpeace/IPCC tie-up -see HERE.


Too few Americans and far too few media people know anything about the environmental movement and its transformation over the past 40 years into something vastly different. In (Greenpeace Founder Patrick) Moore’s words they have become far more extreme and whose politics is little more than neo-Marxism in green garb. Moore was quite specific and pointed out some of the characteristics of the environmental movement today:

Michael R. Fox, Ph.D., a nuclear scientist and a science and energy resource for Hawaii Reporter and a science analyst for the Grassroot Institute of Hawaii, is retired and now lives in Eastern Washington. A former Hawaii resident, he has nearly 40 years experience in the energy field. He has also taught chemistry and energy at the University level. His interest in the communications of science has led to several communications awards, hundreds of speeches, and many appearances on television and talk shows. He can be reached via email at mike@foxreport.org
Posted by Geoff on June 25, 2011 No comments: