Winning Hearts and Minds to Climate and Energy Reality

Government officials often privately admit that they would welcome an opportunity to abandon the nonsensical “fight against climate change”. Climate skepticism is even more commonplace among the public, an increasing fraction of whom regard the heavy emphasis on climate change funding and subsidizing alternative energy as pandering to lobby groups.

Yet most of our leaders are still afraid to change course as long the public and media are believed (see * in next para) to overwhelmingly agree with climate alarmism. For it to be feasible for politicians to move in a sensible direction on climate and energy, the public and mass media must regularly hear from scientists who have a realistic perspective of the issues. To be effective at swaying public opinion, these experts, and the groups they work with, must be regarded as “honest brokers”, free from vested political and commercial interests. This is where ICSC has a special role to play.

(* Note: Real public opinion is difficult to quantify since virtually all surveys on this topic ask loaded questions so that they yield the results desired by their sponsors. The ICSC Strategic Plan includes a proposal to coordinate objective polls on climate change and alternative energy and then broadly publicize their results.)

Over the past four years, ICSC has established itself as the only truly international, non-partisan climate realist group in the world. As explained in our strategic plan, our coalition has effectively been a successful prototype, a proof of concept demonstrating what can be accomplished by taking an international, non-partisan, science-based approach to the climate controversy. Our research indicates that there is a vast constituency in the public and even main stream media—people who are not right wing—who would support climate realism if they could do so without abandoning their political biases. That is why it is now critical that ICSC secure the financial support to allow us to continue and spread our influence across the world.

With the increasing implementation of national, state, and even municipal climate change legislation in many countries (see here) and the next major UN climate conference (COP17) just months away, we must move rapidly. Some governments are already indicating that they may yield to international pressure for severe GHG reductions by developed countries only (see here, for example). Regardless, most developed nations have said that they will submit to legally binding emission targets under UN auspices if developing countries also have binding targets.

Many observers assert that developing nations will never agree to these restrictions and so a global deal will not happen. For reasons we have discussed here, such a view is naïve. An all-nation legally-binding international GHG treaty based on the Cancun Agreements may very well come about.

If a Cancun-based treaty does eventually became international law, GHG reduction would proceed in developing nations only to the extent that they do not interfere with their “first and overriding priorities” of “social and economic development and poverty eradication” [See Cancun Agreement].  Developed countries would be held to their emission reduction obligations regardless of the impact on their societies. The Cancun Agreement also specifies that UN monitoring is to be much more intrusive in developed countries than in developing countries.

Developed countries may effectively find themselves in an extension to the Kyoto Protocol after all. We must work hard to ensure that this never happens.

ICSC have demonstrated that we have the scientific and policy knowledge as well as the communications capability to influence the climate debate in a way no other group has to date—namely through expanding the tent of those who support climate realism to include those from across the political spectrum. It must be made “safe” for people to be climate realists irrespective of their political beliefs. Otherwise, climate alarmism will put a major burden on our societies for years to come.

Since we rely solely on contributions from supporters like you, we ask that you consider making a confidential donation to help ICSC get our message out to enough of the public so that the stage is set for governments to do the right thing on the climate file. Donations may be made by credit card or PayPal using the “Donate” button at the top of any page on the http://www.climatescienceinternational.org site, or by cheque filled out to “International Climate Science Coalition” and sent to:

THE TRUTH ABOUT POWER STATIONS. 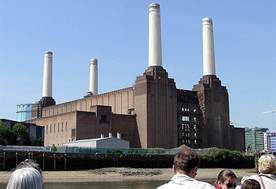 When they tried to foister on to us  the photos of Battersea Power Station in London, that has been closed for over  thirty years and only a shell, as a polluting Australian power station they  proved what deceitful and corrupt  ‘individuals’ they and their  Green cohorts are.

Even the smoke was superimposed on the picture. If you look closely you will see it is cockeyed on some of the chimneys. Also it would never have emitted  that much smoke.
These people, Gillard, Brown, Milne and the rest of the Labor and Green party are so desperate to push their carbon tax that they will resort to ANY measures to achieve what they want and are desperate to stay in power.


They follow the philosophy of the Nazi propagandist Joseph Goebbels who said:

If you tell a lie big enough and keep repeating it, people will eventually come to believe it. The lie can be maintained only for such time as the State can shield the people from the political, economic and/or military consequences of the lie. It thus becomes vitally important for the State to use all of its powers to repress dissent, for the truth is the mortal enemy of the lie, and thus by extension, the truth is the greatest enemy of the State.”
-------------------------------
The most brilliant propagandist technique will yield no success unless one fundamental principle is borne in mind constantly - it must confine itself to a few points and repeat them.
---------------------------------
Do these seem familiar- they should do they follow this philosophy to the letter, pushing  the biggest scam the world has even seen.
Any businessman will tell you if they tried to sell their product on TV, with these sort of lies and deception the ACCC or Fair Trade Practices Commission would have them locked up and fined heavily for their deliberate distortion and lies.  AND rightly so. Yet these liars are allowed to get away with it. WHY?

Note how little  smoke or pollution is coming from the power station stacks.

The Power Stations are under full load or close to it. Bayswater has one unit shut down at the time.

The cooling towers are the large round cylinders with vapour rising from them.

The condensation rising from them is as pure as most drinking water with a conductivity of 350 to 450 micro mhos. Similar to tap water. Notice how the condensation finishes to nothing,  NOT falling on the ground.

These are no different to normal clouds.  Clouds-- that ‘other’  97% of so called Green house gases.

Without them there would be NO rain and a virtually dead planet. i.e. no water— no life.

One person tried to say they were full of mercury and other poisons. This is the sort of rubbish they try to lie about. The same person, a member  of a zero emissions website who are  pushing wind generators, compared carbon dioxide with cancer cells !!!!! Another compared it to arsenic. You decide what you think of them.!!! 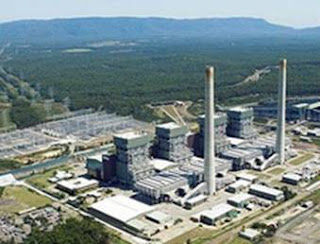 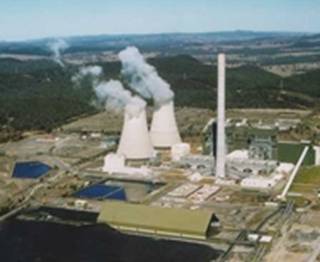 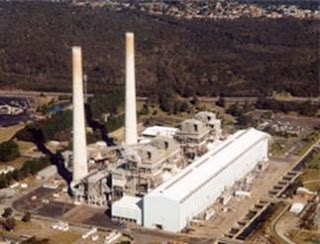 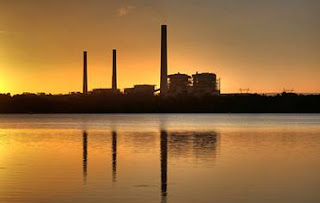 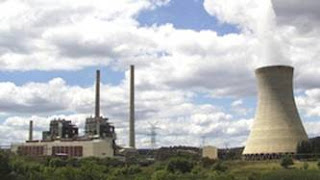 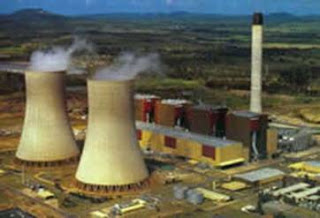 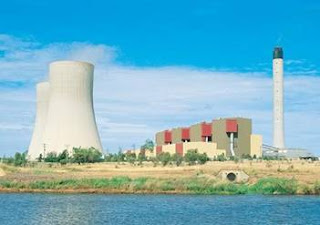 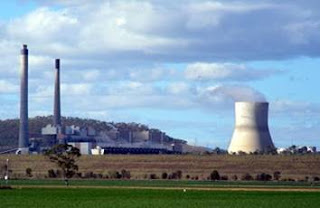 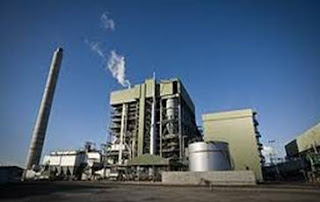 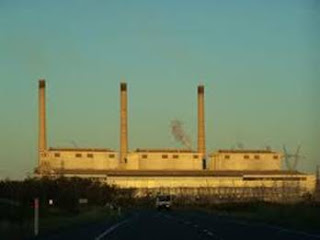 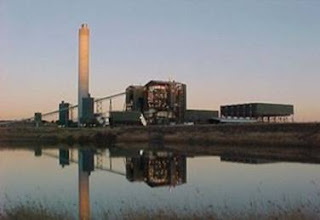 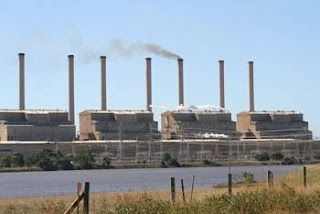 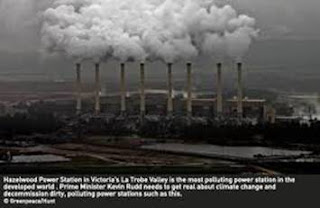 This is how the greens altered the photo  to make it look  like massive pollution. They are corrupt to the core. 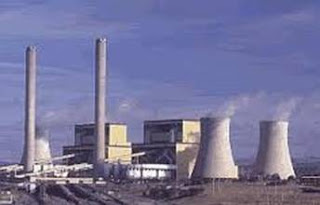 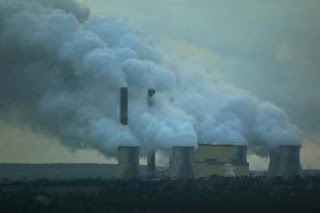 This is what the Greens do to a photo to tell lies. Same power station at full load. The photos  have been   ‘doctored’ to make it look bad. Compare the difference. 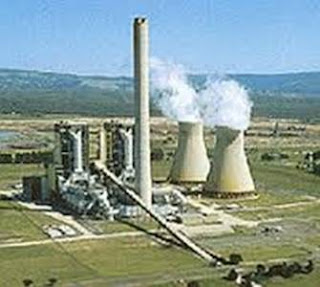 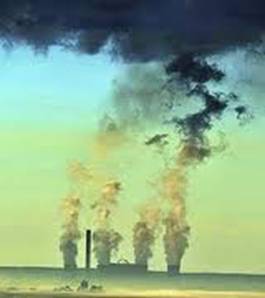 Loy Yang A  photos doctored by a  Melbourne newspaper. Notice how the black smoke and clouds appear from no where. The black ‘smoke' does not even reach the chimneys. A very poor effort.
The white clouds are pure evaporation from the cooling towers.


There are other power stations but those above serve as a clear example of how clean power stations really are.
The length the Greens will go to is nothing but deliberate lies and deceit.  Altering photos to make them look bad. The word treason would suit them very well.


Terry worked in power stations for 25 years, rising from an apprentice and fitter to power plant operator. He says the hysteria about harmful emissions from burning coal stems from the spreading of misinformation and he wants to set the record straight.
Terry's websites      www.secondtonone.com.au
http://terrycardwellsblog.blogspot.com/
Posted by Geoff on June 20, 2011 1 comment: