Is Maurice Strong a keen advocate trying to save the planet or has he pretended to be Green to get rich and take over the world?

Quote: "This is all about money and power."


Like Dorothy, Lion, Tin Man and Scarecrow in The Wizard of Oz, we’ve all been dancing down the Yellow Brick Road of “settled science” in search of answers from the Emerald City, only to find that what we suspected all along — the Wizard has been telling us fibs.

But who exactly is the Wizard? And where did this seeming-madness all begin?

He then says that the whole climate change business started with Maurice Strong. As Tim Ball told 2GB's Alan Jones:


"He very deliberately did it.  He set up the United Nations Environment Program and then he worked through that with the World Meteorological Organisation and the IPCC was set up by them.  That meant that every government weather agency around the world was involved in the IPCC.  They appoint the scientists that they want to be on it and they also of course provide the funding and that has meant that the funding has only got to one side of the debate and Strong knew this.  But this is why he organized it that way through the WMO..."

John Izzard says that Strong devised a plan to get his World Governance plan up and running:

In 1989 Maurice Strong was appointed Secretary General of the Earth Summit and in 1992, addressing Earth Summit II in Rio, he told the thousands of climate change delegates:

It is clear that current lifestyles and consumption patterns of the affluent middle class— involving high meat intake, consumption of large amounts frozen and convenience foods, use of fossil fuels, appliances, home and work place air-conditioning, and suburban housing — are not sustainable.

Many government organisations are dedicated to Agenda 21. Agenda 21 was the main outcome of the United Nation's Earth Summit held in Rio de Janeiro in 1992. Agenda 21 outlines, in detail, the UN's vision for a centrally managed global society. This contract binds governments around the world to the United Nation's plan for controlling the way we live, eat, learn, move and communicate - all under the noble banner of saving the earth. If fully implemented, Agenda 21 would have the government involved in every aspect of life of every human on earth.
Emeritus Professor John D. Trudel, in his post Chains of Law writes about Agenda 21:


Some say it was actually started by the KGB in the last days of the Cold War, but I've not been able to validate this. However the names of those in power we hear on TV – George Soros, Obama, Al Gore, and their associates are connected to this, supporting it, and gaining power from it. This program to was cloaked in high purpose, sustainability and saving the world, but its objectives are global governance and totalitarian control. The person who launched Agenda 21 was a communist, Maurice Strong.


Trudel goes on to say that Strong allegedly stole -


$988,885 from his employer, the UN, but resigned his position, fled to China, and was never convicted.

In his Quadrant article, Izzard says:


Investigations into the UN’s Oil-for-Food-Program found that Strong had endorsed a cheque for $988,885 made out to M. Strong — issued by a Jordanian bank. The man who gave the cheque, South Korean business man Tongsun Park was convicted in 2006 in a US Federal court of conspiring to bribe UN officials. Strong resigned and fled to Canada and thence to China where he has been living ever since.

So, was the whole AGW movement started as a plot for great wealth? Follow the money trail - Strong, Gore, Goldman Sachs....

Guest Post by TonyfromOz.
Can wind and solar replace or even compete with coal and nuclear power.?
This article looks at whether wind and solar, as mooted and promoted and subsidised by the Federal government with taxpayers’ money can replace existing coal power or be a viable alternative to nuclear power if coal is phased out.
For replacement of power on this scale, the most important thing to look at is not the Nameplate Capacity of the Plant, the size, but the actual power delivered and that is shown in the fourth column where all bar one are the same, that 69 TWH (TerraWattHours)
This figure of 69 TWH is one third of all the power delivered from coal fired sources in Australia. The total power consumed across the whole of Australia is 300 TWH. The Coal Fired part of that comes in at 230 TWH, and 30% of that is that figure of 69 TWH.
This would be the equivalent of taking out of the current Australian coal fired sector of 4 plants similar in size to Bayswater and Eraring. All power is consumed across the whole of Australia, but the vast bulk of that is on the Eastern side of the Country, so, for this scenario, I would be taking the equivalent of one large scale plant from Queensland, one from Victoria, and 2 from NSW.
I have included Nuclear Power here, full in the knowledge that is for comparison purposes only, as this is something that has very little chance of eventuating in Australia. If it did, first you would need to construct a relatively large full scale Processing plant to take the ore from the ‘raw dirt’  to the fuel rods used in the Plants, and this entails five stages of processing. As well as that, you would also need to construct a reprocessing plant to reprocess the fuel from the spent rods back to the stage where it can be reused at the original processing plant for rods again. Either that reprocessing facility, or a dry storage facility for spent rod storage. All of this requires discussion, legislation, and all that entails, which would be a long process of itself, hence all this prior to actual construction of the Nuclear Power Plant itself.
For new coal fired power, I have used the accepted figure for costing of $525 per KW for construction.
For Nuclear Power I am using current existing technology, and in this case, the most recent Third Generation BWR (Boiling Water Reactor) plants. There will be four of these plants, each plant with two reactors and 2 large generators. The accepted costing figure for construction for these is $2,000 per KW.
For Concentrating Solar 1, I am using a proposed plant Abengoa Solana in Arizona as the guide here. This Plant has a Nameplate Capacity of 250MW, but, as I explained earlier, it can only produce a firm 50MW from total solar, as the compound is kept reserved in a molten State to produce steam to drive the turbine. This effectively means that the total Power delivered is reduced to 50MW and can be available for around 18 hours a day at the maximum. So, that means to actually deliver that 69 TWH in full, you will need 210 of these plants, at the current price of $1.4 Billion.
For Concentrating Solar 2, I am using the same plant, only, instead of diverting the compound, solar is used to produce a firm 150 MW, and it will do this for 12 hours. For the remaining 12 hours, as is the case with Abengoa Solana, they use an on site Natural Gas fired turbine to drive the generator after the solar component becomes less than the molten state required to make steam to drive that turbine. This means the plant can produce a constant 150MW. So, for this purpose, you will need 62 of those equivalent plants to supply the requisite 69 TWH.
Read more »
Posted by Geoff on June 18, 2011 5 comments: 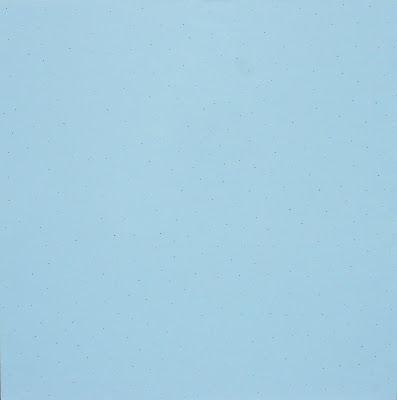 Or should I say Unbelievably Amazing.


One of our members has had the patience to draw up a "board"that has one million pixels. Mostly all blue!

In response to an article on Climate Progress, The Daily Bayonet writes a rebuttal. Climate Progress celebrates that the US solar sector employs more people than the US steel industry.


In other words, they fudged the numbers to fit the agenda.  If it were a true comparison, their argument falls at the first hurdle, so they move the hurdle.  Hey, it’s climate science, fudging numbers is what they do.  But that’s not what this post is about.

It’s about efficiency.  Solar is an inefficient energy source, it’s an even less efficient source of jobs.

The writer points out that the original article (LINK) is using unfair comparisions.


Using the same source as above, coal produced about 21% of the nations electricity in 2009.  It employed about the same number of people as the steel industry (134,000). Quick and dirty summary:
That’s an efficiency gap greens can’t account for.  The coal and steel industries became far more efficient as they matured.  Solar panels may yet become more efficient, it’s possible they might attain 40% efficiency soon.  But they need to be replaced every 20 years, and they don’t make sense without generous subsidies.

The worries about having past peak oil may be wrong. The U.S. Energy Information Administration have said that, due to fracking there is at least six times as much recoverable natural gas today as there was a decade ago.


Natural gas, which emits less carbon dioxide than coal, can be used in both electricity generation and as a fuel for automobiles.
The implications for energy security are startling. Natural gas may be only the beginning. Fracking also permits the extraction of previously-unrecoverable “tight oil,” thereby postponing the day when the world runs out of petroleum. There is enough coal to produce energy for centuries. And governments, universities and corporations in the U.S., Canada, Japan and other countries are studying ways to obtain energy from gas hydrates, which mix methane with ice in high-density formations under the seafloor. The potential energy in gas hydrates may equal that of all other fossils, including other forms of natural gas, combined.