I have constantly pointed out the stupidity of the MSM when they call us Climate Change Deniers. When we questioned the falsified hypothesis of man-made global warming (AGW), we were initially called AGW deniers which became global warming deniers. This was false as, at the time the world was warming and we didn't deny that, just the fact that the warming was mainly caused by man.

This is where they made their big mistake.

We have argued that climate has always changed. Climate has changed since the beginning of time. Climate was changing before man walked upon the earth.

The real climate change deniers are the Warmists who say (or at least pretend for their cause) climate has been constant throughout history but has taken an upturn in the last half century due to human CO2 emissions.

Rowan Dean, an advertising creative director and a panellist on the Gruen Transfer, has written an opinion piece in the Australian (Link in title above). He starts:


"The agents of . . . planetary death will be the climate change deniers,"


"Pull out a few fingernails, stretch him on the rack, a bit of how's-yer-father with a red hot poker."


By all means, counter every argument the climate change deniers, sceptics, carbon tax opponents and the rest put forward, and attack their opinions with passion and verve, or even better, with proven facts and irrefutable rebuttals.
But hysterically and repeatedly portraying them as ugly, stupid trolls, toads and ferals threatening life on earth as we know it, is intellectually (and morally) dubious at best.
Worthy of a toilet cleaning ad, perhaps. But not worthy of the future economic and environmental health of our country. 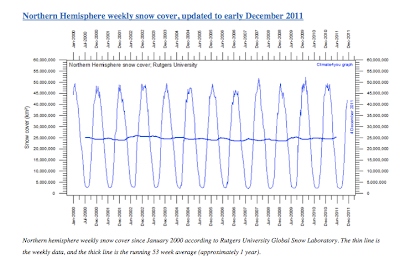 IPCC and Greenpeace - Partners in Deception 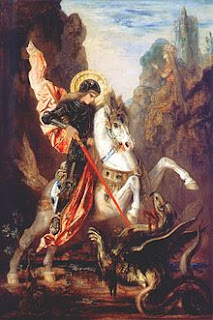 Professor Bob Carter, after his work with Ross McKittrick on the fraudulent "Hockey Stick," calls Steve McIntyre "the Dragon Slayer."

Now Steve is at it again. The IPCC released a report on 9th May. It was, however not the full report. It was only the Summary for Policy Makers, without any supporting documents.


Close to 80 percent of the world‘s energy supply could be met by renewables by mid-century if backed by the right enabling public policies a new report shows.

The report was partially based on a Greenpeace report and the author of the Greenpeace document was also a lead author of the IPCC report. But it gets worse. As  Donna Laframboise, the creator of NOconsensus.org (Toronto, Canada) reports on her blog No Frakking Consensus:


The research that is relied on by the IPCC is one of two Greenpeace reports of which I’m aware that contain forewords authored by IPCC chairman Rajendra Pachauri (see pages 4-5 here and here). As McIntyre observes, on that occasion Pachauri waxed poetic about the “comprehensive and rigorous” nature of the Greenpeace analysis.

But wait, it gets worse - As Bishop Hill points out HERE, regarding the trade organisation, partly funded by the EU - The European Renewable Energy Council (EREC):


Many have questioned the IPCC's credibility for having allowed an NGO with such a naked political agenda as Greenpeace to influence its statements and advice. But the problem here is far deeper. Trade associations are not only lobbying for their members' interests, they are being paid to lobby the EU to lobby in favour of the policies the EU has already determined it wants. It pays them also to set the parameters of its policies, and to suggest means by which they can be delivered. At the same time, the EREC publishes research which benefits the EU's preferred policies at the global, intergovernmental level. And this research seemingly has the backing of a non-governmental organisation, Greenpeace, which prides itself on taking no money from business or government.

The next question to ask is this... Can an organisation that represents commercial enterprises really offer governmental organisations impartial policy advice? Imagine the furore that would ensue, were oil companies so instrumental in the design of EU policies and their implementation. Lobbying is one thing; such proximity to policy-making is quite another.