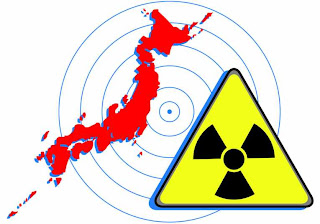 Here is something that you won't read in the popular press - Germany is increasing fossil fuel power generation. Not what you are being told, is it? (Link in title)


Today the German government unveiled a new vision for the country's energy needs. Chancellor Angela Merkel announced last week that nuclear power was no longer an option, in the wake of the Fukushima disaster in Japan. Germany is instead going back to the future, with plans to double the number of gas and coal-fired power stations to be built.

Notice the use of "New Vision?" Back to the future. Is this an over -reaction to stories predicting thousands of deaths from Nuclear contamination whilst the truth is (probably) none.

Here is a report listing all the casualties. The only possible deaths in that list - 2 people are missing. There report lists the radiological contamination - none serious.
Posted by Geoff on June 14, 2011 No comments:

Email ThisBlogThis!Share to TwitterShare to FacebookShare to Pinterest
Labels: Back to the future, Deaths, Fossil Fuel, Germany, Nuclear

Tim Adams in the UK Guardian reports on the Greenpeace lll:


Greenpeace is launching its first purpose-built protest ship – one of the most technologically advanced vessels to set sail. The boat – "don't call it a yacht!" I'm told – is nearly 60m long and currently cased in scaffolding...

As Tom Nelson writes of this story -


Greenpeace treats itself to a brand-new, 190-foot, custom-built, $26 million yacht with helicopter pad and  showers in each double cabin.