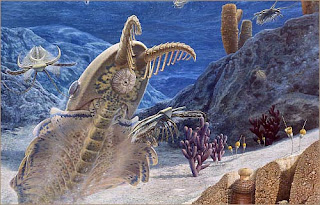 Dr Geoff Deacon spoke to ABC Mid West and Wheat Belt (link in title) He says: "I don't like the term, for some reason I've grown to dislike it but I guess in the aspect of anthropogenic global warming I'm a sceptic and proud."

Dr Deacon says that by determining the temperature and carbon dioxide levels at which fossils first formed, "we see that actually the patterns that have occurred in the distant past are not really any different from what's happening now."
Unlike many environmental scientists who look back hundreds of years, Dr Deacon's research goes back hundreds of millions of years.